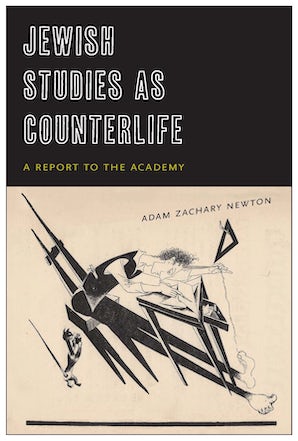 This book tells the story of a Jewish Studies that hasn’t fully happened—at least not yet. Newton asks what we mean when we say “Jewish Studies”—and when we imagine it not as mere amalgam but as a project. Jewish Studies offers a unique perspective from which to view the horizon of the academic humanities because, although it arrived belatedly, it has spanned a range of disciplinary locations and configurations, from an “origin story” in nineteenth-century historicism and philology, to the emancipatory politics of the Enlightenment, to the ethnicity-driven pluralism of the postwar decades, to more recent configurations within an interdisciplinary cultural studies. The conflicted allegiances with respect to traditions, disciplines, divisions, stakes, and stakeholders represent the structural and historical situation of the field, as it comes into contact with the humanities more broadly.

At once a literary and philosophical thinker, Newton deploys a tableau of texts in concert with an ensemble of vivid, elastic tropes not only to theorize Jewish Studies but also to reimagine it as an agent of that potency Jacques Derrida calls “leverage”—a force multiplier for the field’s multiple possibilities. In refiguring a Jewish Studies to come, the book intervenes in a broader discourse about the challenge of professing disciplinary knowledges while promoting transit across their boundaries. Jewish Studies as Counterlife further amplifies Newton’s career-long articulation of the dialogic as the staging ground of ethical encounter.

Jewish Studies needs Adam Zachary Newton’s book. Newton’s treatments of Wittgenstein and Emerson, Simmel and Zunz, Scholem and Agamben, Derek Walcott and Seamus Heaney, Itzik Manger and Talmudic midrashim, Stanley Cavell and the Coen Brothers demonstrate the prodigious sweep of the book’s range. It’s a book that anyone who actually cares to think about Jewish Studies, rather than simply make use of the instrumentalized patterns of historicist recognition authorized and deployed in and by Jewish Studies, really must read. Newton enacts interdisciplinarity as a powerful form of critique for and in Jewish Studies, rather than the conservative mode of appropriation-as-retrenchment that it has so frequently become in the post-Theory academy. An absolutely essential book.---Benjamin Schreier, Pennsylvania State University,

The book is interdisciplinary, creative, and vast in scope... a tour de force. - Choice

Adam Zachary Newton provides a compelling study of Jewish studies as a field spread across disciplines and approaches, and across time and space.

Interchapter II: The Dialectics of Ownership | 55

2. Jewish Studies and the Pitchfork | 60

Interchapter III: “Past its own aim, out to another side” | 83

3. Mochlos or Makhlokes: JS and the Humanities | 87

Interchapter IV: Speaking of JS; and Its Vicissitudes | 123

4. Bildungsheld or Pícaro, Canon and List: A Heterotopology for JS | 127

5. Ventilating the Tradition: Rashbam and the Coen Brothers | 165 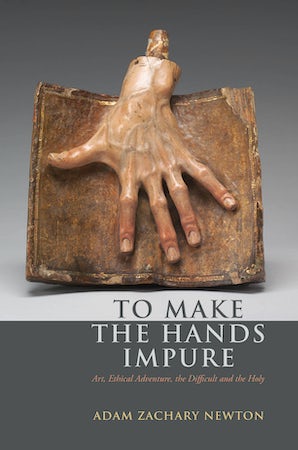