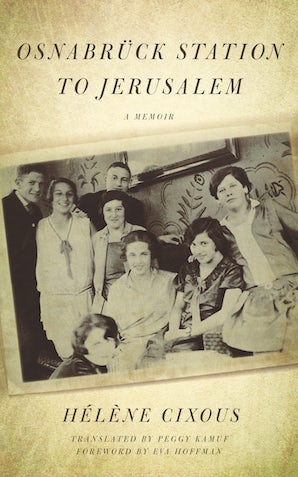 Winner, French Voices Award for Excellence in Publication and Translation

For about eighty years, the Jonas family of Osnabrück were part of a small but vibrant Jewish community in this mid-size city of Lower Saxony. After the war, Osnabrück counted not a single Jew. Most had been deported and murdered in the camps, others emigrated if they could and if they managed to overcome their own inertia. It is this inertia and failure to escape that Hélène Cixous seeks to account for in Osnabrück Station to Jerusalem.

Vicious anti-Semitism hounded all of Osnabrück’s Jews long before the Nazis’ rise to power in 1933. So why did people wait to leave when the threat was so patent, so in-their-face? Drawn from the stories told to Cixous by her mother, Ève, and grandmother, Rosalie (Rosi), this literary work reimagines fragments of Ève’s and Rosi’s stories, including the death of Ève’s uncle, Onkel André. Piecing together the story of Andreas Jonas from what she was told and from what she envisages, Cixous recounts the tragedy of the one she calls the King Lear of Osnabrück, who followed his daughter to Jerusalem only to be sent away by her and to return to Osnabrück in time to be deported to a death camp.

Cixous wanders the streets of the city she had heard about all her life in her mother’s and grandmother’s stories, digs into its archives, meets city officials, all the while wondering if she should have come. These hesitations and reflections in the present, often voiced in dialogues staged with her own son or daughter, are woven with scenes from her childhood in Algeria and the half-remembered, half-invented stories of the Jonas family, making Osnabrück Station to Jerusalem one of the author’s most intensely engaging books.

This work received the French Voices Award for excellence in publication and translation. French Voices is a program created and funded by the French Embassy in the United States and FACE (French American Cultural Exchange).

Language in Cixous’s hands is molten, constantly opening onto fresh possibilities. Her Osnabruck Station to Jerusalem is an act of imagination, investigation, sojourn, and witness driven by terrible necessity and marbled with fierce, incomparable beauty.---Maggie Nelson, author of The Argonauts,

A deeply felt and deeply affecting book, permeated by a sense of love and loss, and of the desire to enter and understand—insofar as possible—a tragic and complex past. Peggy Kamuf’s translation wonderfully captures the tonal spectrum of Cixous’s writing.---Eva Hoffman, from the Foreword,

An inventive literary account of Cixous's remarkable journey to her mother's birthplace and of the Jewish community of a German town that was wiped out in the Holocaust.---Literary Hub, The Best of the University Presses: 100 Books to Escape the News,

A deeply felt probe into the psyche of a brilliant writer parsing her DNA.---Lanie Tankard, The Woven Tale Press,

Born in Algeria in 1937, the French Jewish philosopher and writer Hélène Cixous, whose innovative thinking feeds into her literary output, has a prodigious oeuvre, now enlarged by this memoir. It focuses on her quest for the lost past of her mother's maternal German side of the family and in so doing blurs the boundaries between fiction and memoir. Her stories resemble a drama replete with characters, living and dead, each speaking in their own voice, real and imagined. - The Jewish Chronicle

Cixous’s memoir illuminates why it has taken a lifetime of writing to tell her story and why it is imperative that we read it. - Tulsa Studies in Women's Literature

I think of going from Osnabrück to Jerusalem | 1

One departs from Osnabrück | 115

By (author) Hélène Cixous
Hélène Cixous is the founder of the first Women’s Studies program in France, at the University of Paris VIII. Since 1967, she has published more than fifty “fictions,” as well as numerous works of criticism on literature and many essays on the visual arts. She has long been a collaborator with Ariane Mnouchkine at the Théâtre du Soleil and a number of her plays have been published. Her many books include "Coming to Writing" and Other Essays and The Portable Cixous.

Foreword: Eva Hoffman
Eva Hoffman is author of the best-selling memoir Lost in Translation: A Life in a New Language. Her other books include Shtetl, After Such Knowledge: Memory, History and the Legacy of the Holocaust, and two novels, The Secret and Illuminations.

Translated: Peggy Kamuf
Peggy Kamuf is Professor Emerita of French and Comparative Literature at the University of Southern California. Her books include Book of Addresses, which won the René Wellek Prize, and, most recently, Literature and the Remains of the Death Penalty. 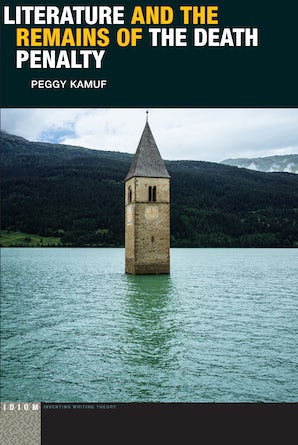 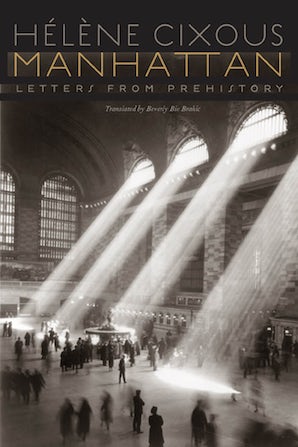