On the morning of December 7, 1941, the American naval base at Pearl Harbor was attacked by Japan. This spurred America’s involvement in World War II. Millions of Americans went on to serve in the war, fighting abroad in Europe and in the Pacific against what was then known as the “Axis of Evil.” 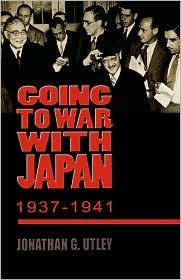 Going to War with Japan, 1937-1941, a classic study of the run up to World War II, examines the ways domestic politics shaped America’s response to Japanese moves in the Pacific. The book covers fundamental questions, such as:  How did Japan and the United States end up at war on December 7, 1941? What American decisions might have provoked the Japanese decision to attack Pearl Harbor?

Fordham’s Letters to Lee gives us a deeply personal look into the life of a soldier, Lt. General James V. Edmundson, through his letters home to his beloved wife, Lee, and also through his meticulous vignettes describing the conditions in Hawaii (where he was stationed from 1940-1942) and in the Pacific, written following Lee’s death in 2000.

To read more about  Letters to Lee, visit  www.letterstolee.com.