The story of Dorothy Day is a familiar one to Catholics.  Dorothy Day is one of the most well-known Catholic Icons in America.  Her work with the poor remains a model and standard for charity work, and in 2000 she was given the title Servant of God by the Catholic Church for her devotion to her faith.  That story of Dorothy Day, the story of a 20th century bohemian turning away from a “dangerous” lifestyle, finding God, and dedicating herself to helping the poor, is often repeated.

But the story that does not get a lot of attention is the personal story of Dorothy Day, the story of a woman and mother, hearing God’s call and answering it.  So often, the larger deeds and miracles of saints and religious figures take center stage in their stories, even though there are frequently rich, meaningful stories that deal with them as normal people as well.  When considering a person like Dorothy Day, there is a great deal of significance that can be found when the stories of both her larger-than-life deeds and her personal life are told in tandem.

Dorothy Day and the Catholic Worker: The Miracle of Our Continuance (Fordham) is one book that makes an attempt at this balance of sainthood and humanity.  Many of the photographs, provided by Vivian Cherry, have never been published before and give an unparalleled look into the daily events of Day’s life.  Additionally the text comes directly from Day herself and is edited by her youngest granddaughter Kate Hennessey. 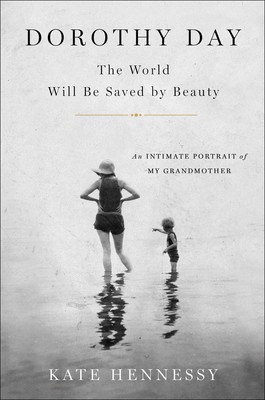 Dorothy Day: The World Will Be Saved by Beauty: An Intimate Portrait of My Grandmother is a new release by Kate Hennessey that also tries to create a balanced portrayal of Day, instead of the normal Catholic mythologizing.  Hennessey tries to provide the intimate details of her grandmother’s life set against the backdrop of Day’s Catholic hero stature, and her goal above all else is to portray her grandmother realistically, as the complicated and often paradoxical woman that she was.  When asked in a recent Publisher’s Weekly interview about the possible effect of her grandmother’s canonization upon the Catholic World Hennessey had this to say:

“It would certainly break the stereotype of traditional saints, and be controversial for many, not so much for her bohemian youth but for her radical views and activist life. Getting arrested, for example, is not normally considered saint-like behavior. Also, while Dorothy considered herself an obedient daughter of the Church in regards to Church teachings, she was not above chastising the Church on the behavior of its clergy. This distinction is sometimes difficult for people to understand, even though it is a trait to be found in many saints. However, for those who are inspired by her and try to follow her example, I think her canonization would be a tremendously hopeful gesture. She would be a saint for our time, a laywoman, and a mother in whom many, Catholic or not, could find paradoxically both comfort and provocation for change.” –from Publisher’s Weekly

Dorothy Day was a complicated person who both exemplified Catholic Social Teaching and rebelled against the establishment of the Catholic Church.  However, Day was also a woman and a mother.  This vital aspect of Dorothy Day is one that does not get as much attention, and it is the one that Kate Hennessey focuses on in her new book.  It is important to countenance Day as a whole person, someone who was simultaneously a regular person and a Servant of God (and possible future saint).  Doing so creates a more vibrant picture of Day that more people can relate to.  More importantly, doing any less is a disservice to a complicated human being who devoted her life to helping others.