“Who Can Afford to Improvise? is a tour de force from one of our premier Baldwin scholars. Ed Pavli­ć’s brilliantly insightful meditation on black music and culture and Baldwin’s centrality to that tradition is a must-read.” —Peniel E. Joseph

Today would have been author James Baldwin’s 94th birthday. 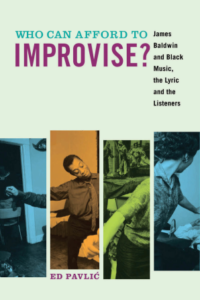 In an article from the Boston Review, Ed Pavlić , author of Who Can Afford to Improvise?, gives a private, inside look at the heavily-guarded letters between American social critic and poet James Baldwin and his younger brother, David.  These letters “bristle and crackle with the trials, dangers, errors, mistakes, and triumphs of one of the most important literary figures of the twentieth century” and help to better understand one of the most influential minds of the mid-twentieth century.

“These late letters were meditations on Baldwin’s deepening sense that human peace could never be pursued through divisions; human freedom, however pressurized and perilous, was a function of essential connections. Personally, he queried the distinctions between love and envy, pride and vanity, the insidious ways that personal devotion destroyed the alchemy of parity and contest that love needed to remain challenging, dangerous, and alive.” 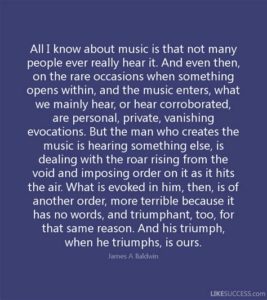 “These letters enlarge our sense of the man and deepen our sense of possible human courage, commitment, and cooperation. The coherent story of who James Baldwin was is the story of at least four selves: James Baldwin, public figure; Jimmy Baldwin, friend and lover; Jamie Baldwin, son and brother; and an unnamed writer who, in his work, translated himself into a kind of universal human kin.”