Time to get your ghoul on! Here are some of our must-read scholarly scares that are sure to lift your spirits while raising the hair on the back of your neck. 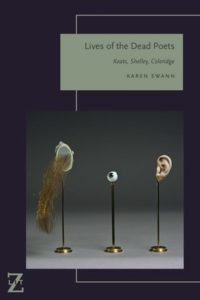 Lives of the Dead Poets: Keats, Shelley, Coleridge, the latest title in our Lit Z series, explores our fascination with the lives of famously dead poets–Keats, Shelley, and Coleridge–and the survival or their poetry. Any reader engaging with their work must confront the role biography has played in the canonization of each. Each archive is saturated with stories of the life prematurely cut off or, in Coleridge’s case, of promise wasted in indolence. One confronts reminiscences of contemporaries who describe subjects singularly unsuited to this world, as well as still stranger materials—death masks, bits of bone, locks of hair, a heart—initially preserved by circles and then circulating more widely, often in tandem with bits of the literary corpus. 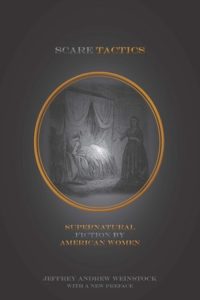 Scare Tactics by Jeffrey Andrew Weinstock takes a close look at the tradition of American women’s supernatural writings, which Weinstock classifies as a feminist effort to construct mythical alternatives in a very limited and oppressed world. Weinstock’s book analyzes texts by well-known female authors such as Edith Wharton, Harriet Beecher Stowe, and Charlotte Perkins Gilman, as well as introducing lesser-known authors into our vocabulary. In Scare Tactics, Weinstock effectively develops the compelling argument that this body of supernatural female literature should be read specifically through the lens of feminist literary tradition. By listening to the largely unheard voices of these American women, we can reach a fuller understanding of the literary climate of their time as well as other American Gothic writers such as Edgar Allen Poe and Stephen King. 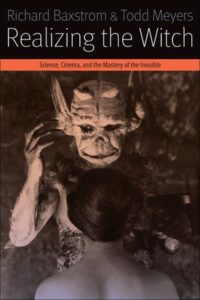 by Richard Baxstrom and Todd Meyers takes a scholarly approach on the well-known film by Benjamin Christensen, Haxan (The Witch, 1922). More than just an intriguing silent film, Haxan is an analysis of witchcraft’s role in European history as well as a critique of the treatment of female “hysterics” and the mentally ill. In Realizing the Witch, Baxstrom and Meyers consider this as they illustrate the cultural and historical importance of the film and how working together, they redefine the relationships between art and science, the occult and the everyday, and science and film. Weaving together psychology, anthropology, and witchcraft, Baxtrom and Meyers construct a fascinating read that you won’t want to miss. 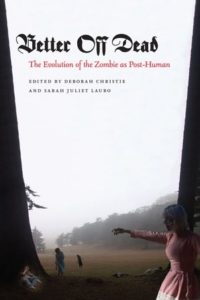 In Better Off Dead, edited by Deborah Christie and Sarah Juliet Lauro, “What has the zombie metaphor meant in the past? Why does it continue to be so prevalent in our culture?” are just two of the various questions Christie and Lauro seek to answer. Better Off Dead traces the supernatural figure of the zombie from its origination in Haiti, its various cultural transformations over time, and potential post-humanist future directions. The underlying argument of the text focuses on the way zombies have evolved over time within cinema and literature, and also the way cinema and literature, among other narratives, have evolved as a result of zombies. 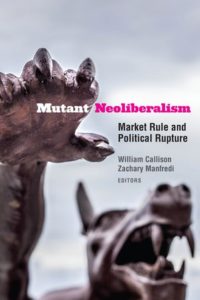 Mutant Neoliberalism: Market Rule and Political Rupture is a collection of essays by leading scholars of neoliberalism arguing that the tales of neoliberalism’s death are serially overstated. Following the financial crisis of 2008, neoliberalism was proclaimed a “zombie,” a disgraced ideology that staggered on like an undead monster. After the political ruptures of 2016, commentators were quick to announce “the end” of neoliberalism yet again, pointing to both the global rise of far-right forces and the reinvigoration of democratic socialist politics. But do new political forces sound neoliberalism’s death knell or will they instead catalyze new mutations in its dynamic development? 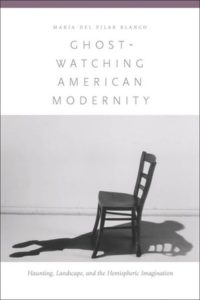 Ghost-Watching American Modernity by María Pilar Blanco is primarily focused on revisiting nineteenth and twentieth-century texts from Latin America and the United States and examining the ways in which different landscapes are represented as “haunted sites”. Blanco is interested in uncovering the significance of ghosts within particular local contexts, rather than the general or traditional way our society views them, such as a product of generic conventions or a mere allegory of hidden yearnings. In  Ghost-Watching American Modernity, Blanco argues for ghost-watching as a means of rediscovering haunting on its own terms.