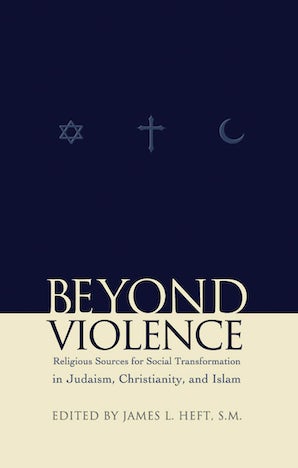 In an age of terrorism and other forms of violence committed in the name of religion, how can religion become a vehicle for peace, justice, and reconciliation? And in a world of bitter conflicts-many rooted in religious difference-how can communities of faith understand one another?

The essays in this important book take bold steps forward to answering these questions. The fruit of a historic conference of Jewish, Christian, and Muslim scholars and community leaders, the essays address a fundamental question: how the three monotheistic traditions can provide the resources needed in the work of justice and reconciliation.

Two distinguished scholars represent each tradition. Rabbis Irving Greenberg and Reuven Firestone each examine the relationship of Judaism to violence, exploring key sources and the history of power, repentance, and reconciliation. From Christianity, philosopher Charles Taylor explores the religious dimensions of "categorical" violence against other faiths, other groups, while Scott Appleby traces the emergence since Vatican II of nonviolence as a foundation of Catholic theology and practice. Mustafa Ceric, Grand Mufti of Bosnia, discusses Muslim support of pluralism and human rights, and Mohamed Fathi Osman examines the relationship between political violence and sacred sources in contemporary Islam.

By focusing on transformative powers of Judaism, Christianity, and Islam, the essays in this book provide new beginnings for people of faith committed to restoring peace among nations through peace among religions.

...calls for religious people to have the courage to choose peace. - —American Journal of Islamic Social Sciences

...Contains the major papers given at an international conference held at the University of Southern California... - —Theology Digest