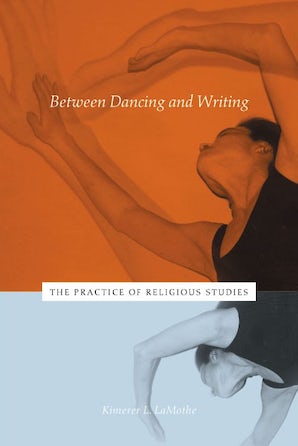 Between Dancing and Writing

The Practice of Religious Studies

This book provides philosophical grounds for an emerging area of scholarship: the study of religion and dance.

In the first part, LaMothe investigates why scholars in religious studies have tended to overlook dance, or rhythmic bodily movement, in favor of textual expressions of religious life. In close readings of Descartes, Kant, Schleiermacher, Hegel, and Kierkegaard, LaMothe traces this attitude to formative moments of the field in which philosophers relied upon the practice of writing to mediate between the study of “religion,” on the one hand, and “theology,” on the other.

In the second part, LaMothe revives the work of theologian, phenomenologist, and historian of religion Gerardus van der Leeuw for help in interpreting how dancing can serve as a medium of religious experience and expression. In so doing, LaMothe opens new perspectives on the role of bodily being in religious life, and on the place of theology in the study of religion.

By (author) Kimerer L. LaMothe
Kimerer L. LaMothe has taught at Brown and Harvard universities. She is currently a Fellow at the Center for the Study of World Religions at Harvard, where she is completing a second book, Nietzsche's Dancers: Isadora Duncan and Martha Graham.