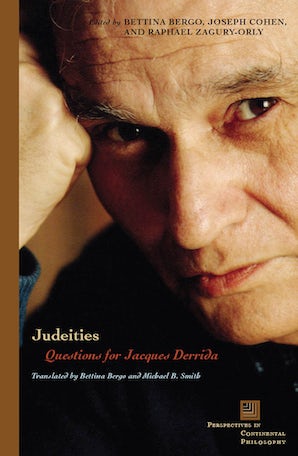 Translated by Bettina Bergo and Michael B. Smith

Invited to answer questions about his relationship to Judaism, Jacques Derrida spoke through Franz Kafka: “As for myself, I could imagine another Abraham.”

From the experience of a summons that surprises us and prompts the query “Who, me?” Derrida explores the movement between growing up Jewish, “becoming Jewish,” and “Jewish being” or existence. His essay “The Other Abraham” appears here in English for the first time.

We no longer confront “Judaism” but “judeity,” multiple Judaisms and Jewishnesses, manifold ways of being and writing as a Jew—in Derrida’s case, as a French-speaking Algerian deprived of, then restored to French nationality in the 1940s.

What is it to be a Jew and a philosopher? How has the notion of “Jewish identity” been written into and across Jewish literature, Jewish thought, and Jewish languages? Here distinguished scholars address these questions, contrasting Derrida’s thought with philosophical predecessors such as Rosenzweig, Levinas, Celan, and Scholem, and tracing confluences between deconstruction and Kabbalah. Derrida’s relationship to the universalist aspirations in contemporary theology is also discussed, and his late autobiographical writings are evaluated.

This multifaceted volume aims to open the question of Jewishness, above all, to hold it open as a question, though not one of practical or theoretical identity. As much a contestation of identity as a profound reflection on what it means today to seek, elude, and finally to wrestle with the significance of “being-jew,” Judeities invites us to revisit the human condition in the twenty-first century.

Essays on the relationship between the writings of the French philosopher and multiple understandings of Jewish identity; also includes the first English translation of Derrida's essay 'Abraham, the Other'. - —The Chronicle of Higher Education

. . .An impressive collection of essays stemming from a colloquium held in Paris in December 2000, addressing the work of Jacques Derrida. . .All essays are strong and provide for a text rich in material for fruitful contemplation. - —Choice

In this volume sparks fly and cast unexpected light. Judeities represents a new phase in the difficult work of bringing together the speaking of Jewishness and the speaking of theory. If Derrida can be said to remain for us literally, in his writings, here is at once a candid self-portrait and a set of vigorous, equally courageous critical reflections thereof. This is the kind of work that makes us want to keep talking and thinking.---—Jonathan Boyarin, University of Kansas

“A work of ground-breaking scholarship that brings together some of today’s most
prominent thinkers in continental philosophy, literary theory, and religious studies.” 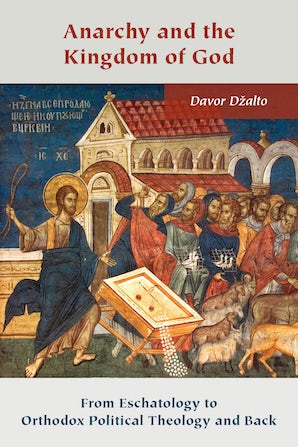