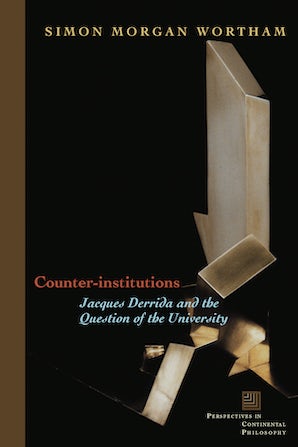 Jacques Derrida and the Question of the University

This book provides a definitive account of Jacques Derrida's involvement in debates about the university. Derrida was a founding member of the Research Group on the Teaching of Philosophy (GREPH), an activist group that mobilized opposition to the Giscard government's proposals to "rationalize" the French educational system in 1975. He also helped to convene the Estates General of Philosophy, a vast gathering in 1979 of educators from across France. Furthermore, he was closely associated with the founding of the International College of Philosophy in Paris, and his connection with the International Parliament of Writers during the 1990s also illustrates his continuing interest in the possibility of launching an array of literary and philosophical projects while experimenting with new kinds of institutions in which they might take their specific shape and direction.

Derrida argues that the place of philosophy in the university should be explored as both a historical question and a philosophical problem in its own right.

He argues that philosophy simultaneously belongs and does not belong to the university. In its founding role, it must come from "outside" the institution in which, nevertheless, it comes to define itself. The author asks whether this irresolvable tension between "belonging" and "not belonging" might not also form the basis of Derrida's political thinking and activism where wider issues of contemporary significance are concerned. Key questions today concerning citizenship, rights, the nation-state and Europe, asylum, immigration, terror, and the "return" of religion all involve assumptions and ideas about "belonging"; and they entail constitutional, legal, institutional and material constraints that take shape precisely on the basis of such ideas. This project will therefore open up a key question: Can deconstruction's insight into the paradoxical institutional standing of philosophy form the basis of a meaningful political response by "theory" to a number of contemporary international issues?

A profound book for all who hope to find an opening to the future in the fast-closing contemporary university.---—John Schad, Lancaster University

An important contribution to thinking about the university, teaching, the humanities, and cultural studies.---—Peggy Kamuf, University of Southern California

An important contribution to thinking about the university, teaching, the humanities, and cultural studies. - —Peggy Kamuf, University of Southern California

A profound book for all who hope to find an opening to the future in the fast-closing contemporary university. - —John Schad, Lancaster University

By (author) Simon Morgan Wortham
SIMON MORGAN WORTHAM is Professor of English at the University of Portsmouth. His books include Counter-institutions: Jacques Derrida and the Question of the University (Fordham). 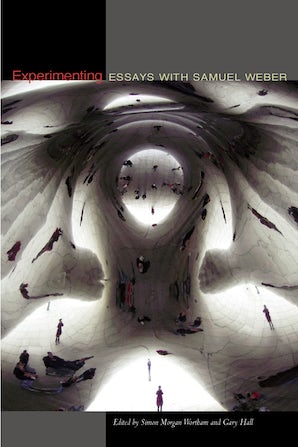 By Edited by Simon Morgan Wortham, and Gary Hall