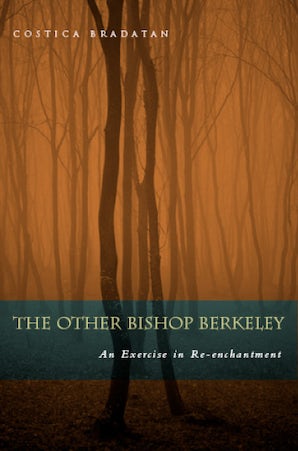 The Other Bishop Berkeley

An Exercise in Reenchantment

Costica Bradatan proposes a new way of looking at the influential 18th-century Anglo-Irish empiricist and idealist philosopher. He approaches Berkeley's thought from the standpoint of its roots, rather than from how it has come to be viewed since his time. This book will interest scholars working in a wide variety of fields, from philosophy and the history of ideas to comparative literature, utopian studies, religious and medieval studies, and critical theory.

This other Berkeley read and wrote alchemical books, daydreamed of "Happy Islands" and the "Earthly Paradise" and depicted them carefully, designed utopian projects and spent years trying to put them into practice. Bradatan discovers a thinker deeply rooted in Platonic, mystical, and sometimes esoteric traditions, who saw salvation as philosophy and practiced philosophy as a way of life. This book uncovers a richer Berkeley, a more profound and spectacular one, and, it is hoped, a more truthful one.

The author... aims to locate the rich panoply of historical sources which... lie behind Berkeley's thought, and which influence his thinking in ways not always appreciated... [He] pulls together a wide range of historical material seldom cited in modern Berkeley studies. [...] this book is rich in ideas on how to interpret Berkeley in a non-analytic fashion. It will be of use to all students of Berkeley willing to stray from the familiar interpretive paths. - —Journal of the History of Philosophy

Professor Costica Bradatan’s book contains several well written accounts of the European history of ideas and he relates them to Berkeley’s writings in an interesting and challenging manner. I fully agree with him that we need to read and master the whole of Berkeley’s corpus and not only some preselected parts of it. - —Berkeley Studies

By (author) Costica Bradatan
Costica Bradatan teaches philosophy at Texas Tech University and is Senior Editor of Janus Head: A Journal of Interdisciplinary Studies in Literature, Continental Philosophy, Phenomenological Psychology, and the Arts.