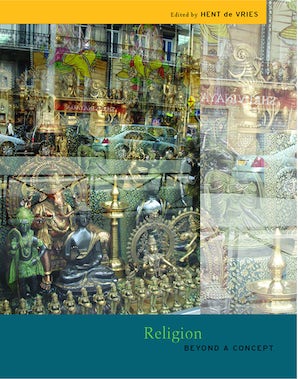 The Future of the Religious Past

What do we talk about when we talk about “religion”? Is it an array of empirical facts about historical human civilizations? Or is religion what is in essence unpredictable—perhaps the very emergence of the new? In what ways are the legacies of religion—its powers, words, things, and gestures—reconfiguring themselves as the elementary forms of life in the twenty-first century?

Given the Latin roots of the word religion and its historical Christian uses, what sense, if any, does it make to talk about “religion” in other traditions? Where might we look for common elements that would enable us to do so? Has religion as an overarching concept lost all its currency, or does it ineluctably return—sometimes in unexpected ways—the moment we attempt to do without it?

This book explores the difficulties and double binds that arise when we ask “What is religion?” Offering a marvelously rich and diverse array of perspectives, it begins the task of rethinking “religion” and “religious studies” in a contemporary world.

Opening essays on the question “What is religion?” are followed by clusters exploring the relationships among religion, theology, and philosophy and the links between religion, politics, and law. Pedagogy is the focus of the following section. Religion is then examined in particular contexts, from classical times to the present Pentacostal revival, leading into an especially rich set of essays on religion, materiality, and mediatization. The final section grapples with the ever-changing forms that “religion” is taking, such as spirituality movements and responses to the ecological crisis.

Featuring the work of leading scholars from a wide array of disciplines, traditions, and cultures, Religion: Beyond a Concept will help set the agenda for religious studies for years to come. It is the first of five volumes in a collection entitled The Future of the Religious Past, the fruit of a major international research initiative funded by the Netherlands Organization for Scientific Research.

“Although for some, scholars as well as political elites, the persisting—private as well as public—role of religion came
as a surprise, this first volume in a promising series shows why even they had better take religion, and its role in the
public domain, seriously. Casanova rightfully speaks of a significant shift in the Zeitgeist. In this pathbreaking collection
of essays, with contributions by many who have played key roles in putting religion back on the agenda both for
scholarly research and in public debate, an important first step has been taken toward a new, 'post-secular' understanding
of religion. Four more books will follow in this series, but in this impressive volume, a decisive step has been
taken toward what we will need to understand concerning the future of religion.”

...Religion :Beyond a Concept: offers heavyweight evidence that there's life in the old God(s) yet. - —M/C Reviews

This book is a big deal, an event in object form. - —American Ethnologist

“A monumental excursion through the alphabet of the religious. Edited by an eminent thinker and philosopher, this
comprehensive and generous collection brilliantly illuminates what is at stake in the encounter between theology and
politics in a secular age.”

A dense and magsterial text... - —Journal of Beliefs and Values

An excellent beginning for the new series and suggests that future volumes likely will be of high quality as well. Recommended. - —Choice

“Hent de Vries’s magisterial work once again energizes a field that requires our urgent attention.With utmost discretion,
intelligence, and verve, this work summons up the thoughts of vibrant scholars who act as first responders to the
religious crisis besetting us today.”

“How should we define religion? As Friedrich Nietzsche famously remarked, we can only define something which
has no history. Fully aware of the difficulty or impossibility of defining ‘religion,’ this ambitious collection offers a
look at the phenomena conventionally called ‘religious’ from such a variety of perspectives that every reader will
emerge transformed.”