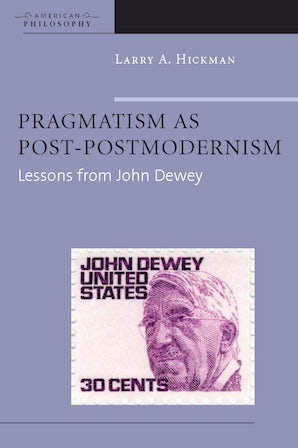 By (author) Larry A. Hickman

Larry A. Hickman presents John Dewey as very much at home in the busy mix of contemporary philosophy—as a thinker whose work now, more than fifty years after his death, still furnishes fresh insights into cutting-edge philosophical debates. Hickman argues that it is precisely the rich, pluralistic mix of contemporary philosophical discourse, with its competing research programs in French-inspired postmodernism, phenomenology, Critical Theory, Heidegger studies, analytic philosophy, and neopragmatism—all busily engaging, challenging, and informing one another—that invites renewed examination of Dewey’s central ideas.

Hickman offers a Dewey who both anticipated some of the central insights of French-inspired postmodernism and, if he were alive today, would certainly be one of its most committed critics, a Dewey who foresaw some of the most trenchant problems associated with fostering global citizenship, and a Dewey whose core ideas are often at odds with those of some of his most ardent neopragmatist interpreters.

In the trio of essays that launch this book, Dewey is an observer and critic of some of the central features of French-inspired postmodernism and its American cousin, neopragmatism. In the next four, Dewey enters into dialogue with contemporary critics of technology, including Jürgen Habermas, Andrew Feenberg, and Albert Borgmann. The next two essays establish Dewey as an environmental philosopher of the first rank—a worthy conversation partner for Holmes Ralston, III, Baird Callicott, Bryan G. Norton, and Aldo Leopold. The concluding essays provide novel interpretations of Dewey’s views of religious belief, the psychology of habit, philosophical anthropology, and what he termed “the epistemology industry.”

Authors & Distributors
Larry A. Hickman is director of the Center for Dewey Studies and Professor of Philosophy at Southern Illinois University Carbondale.
Reviews

Ties a rigorous discussion of complicated philosophical disputes to their usefulness and worth in real-world issues such as global citizenship, religious disputes, and cultural conflict.---—Charlotte Haddock Seigfried, Purdue University

Larry A. Hickman is one of the best interpreters of the American
pragmatic tradition, especially the thought of John Dewey. In this
collection of essays, he presents a vigorous, lively, and lucid defense
of the relevance and importance of pragmatism for dealing with some of
the most pressing and complex issues of our time—including technology,
the environment, and globalization. He persuasively argues that
classical pragmatism is “waiting at the end of the road” traveled by
modernist and postmodernist thinkers.

Larry Hickman has here reinvented John Dewey and pragmatism, this time in the postmodern context. No one does better than Hickman in translating the implications of pragmatism into its contemporary relevance. And here the romps through technology and the Critical Theorists, issues of the environment and the chapters on Dewey himself are lively and revealing.---—Don Ihde, Stony Brook University

A much needed contribution to the philosophical literature on pragmatism.---—Michael Eldridge, University of North Carolina

While Pragmatism as Post-Postmodernism indeed connects the philosophical schools of thought referenced in its title, potential readers should be advised that Hickman also provides one of the best analyses of recent work on technology and environmental philosophy currently available. No where else is the work of contemporary figures such as Rolston, Callicott, Norton, Feenberg and Borgmann so well addressed, and to have a critical study that engages all of these figures between two covers represents an intellectual windfall of the first order.---—Paul B. Thompson, Michigan State University

“In these wide-ranging essays, Larry Hickman demonstrates once again his deep knowledge of Dewey’s philosophy. He brings Dewey’s voice into the very midst of many of today’s most urgent debates about how to interpret and respond to our human condition.”---—David T. Hansen, Columbia University

. . . A critical discussion about the complex relation between philosophical postmodernism and classical pragmatism. - —Educational Theory

By (author) Larry A. Hickman
Larry A. Hickman is director of the Center for Dewey Studies and Professor of Philosophy at Southern Illinois University Carbondale. 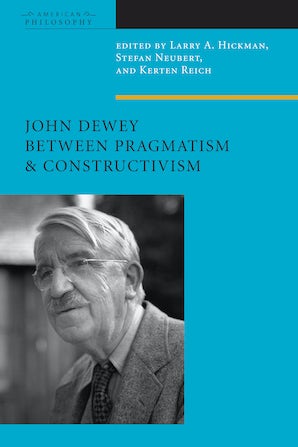 John Dewey Between Pragmatism and Constructivism