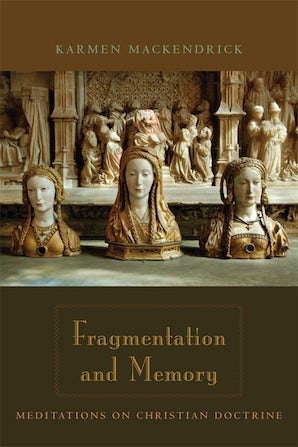 Philosophers have long and skeptically viewed religion as a source of overeasy answers, with a singular, totalizing “God” and the comfort of an immortal soul being the greatest among them. But religious thought has always been more interesting—indeed, a rich source of endlessly unfolding questions.

With questions from the 1885 Baltimore Catechism of the Catholic Church as the starting point for each chapter, Karmen MacKendrick offers postmodern reflections on many of the central doctrines of the Church: the oneness of God, original sin, forgiveness, love and its connection to mortality, reverence for the relics of saints, and the doctrine of bodily resurrection. She maintains that we begin and end in questions and not in answers, in fragments and not in totalities—more precisely, in a fragmentation paradoxically integral
to wholeness.

Taking seriously Augustine’s idea that we find the divine in memory, MacKendrick argues that memory does not lead us back in time to a tidy answer but opens onto a complicated and fragmented time in which we find that the one and the many, before and after and now, even sacred and profane are complexly entangled. Time becomes something lived, corporeal, and sacred, with fragments of eternity interspersed among the stretches of its duration. Our sense of ourselves is correspondingly complex, because theological considerations lead
us not to the security of an everlasting, indivisible soul dwelling comfortably in the presence of a paternal deity but to a more complicated, perpetually peculiar, and paradoxical life in the flesh.

Written out of MacKendrick’s extensive background in both recent and late-ancient philosophy, this moving and poetic book can also be an inspiration to anyone, scholar or lay reader, seeking to find contemporary significance in these ancient theological doctrines.

Authors & Distributors
Karmen MacKendrick is a professor of philosophy and an associate chair of the McDevitt Center for Creativity and Innovation at Le Moyne College. Her work in philosophical theology is entangled with several other disciplines, particularly those involved with words, with flesh, or with the pleasures to be taken in both. These preoccupations appear in several books, most recently Divine Enticement: Theological Seductions (Fordham University Press, 2013).
Reviews

While initially surprising, this book's juxtaposition of the Baltimore Catechism with psychoanalysis and deconstruction proves to be anything but artificial. The book is both
philosophically probing, and a serious religious reflection. At several points it touched me
personally and not just intellectually.

While in many ways the author’s emphasis on flesh and the finite, her intimate association of breaking with opening, of mourning with joy, of fragmentation with ecstasy, points beyond traditional orthodoxy, I would stress instead how powerful and natural her philosophical ‘moves’ seem when it comes to the deepest, most characteristic, and most intractable mysteries in Christian doctrine. She is especially strong on the whole sacramental sensibility, from the high mysteries of the Body and Blood in bread and wine to the only slightly post-pagan veneration of relics of the saints. For these themes, something like the tools this book deploys seem not just suitable but
inevitable, even mandatory.

This is the most theologically accomplished effort to demythologize ‘the resurrection body’ and ‘eternal life’ that I have read in a long while. It is exceedingly exciting to hear it from such a thoroughly and authentically contemporary voice.

“A narrator of divine surprises, MacKendrick transmutes meditations on the Baltimore Catechism into evocative accounts of memory and embodied self.” - —Mark D. Jordan, Emory University

By (author) Karmen MacKendrick
Karmen MacKendrick is a professor of philosophy and an associate chair of the McDevitt Center for Creativity and Innovation at Le Moyne College. Her work in philosophical theology is entangled with several other disciplines, particularly those involved with words, with flesh, or with the pleasures to be taken in both. These preoccupations appear in several books, most recently Divine Enticement: Theological Seductions (Fordham University Press, 2013). 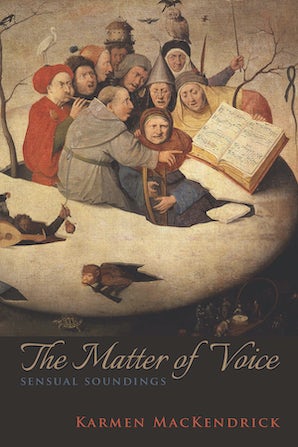 The Matter of Voice 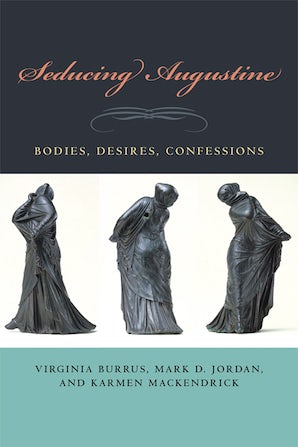 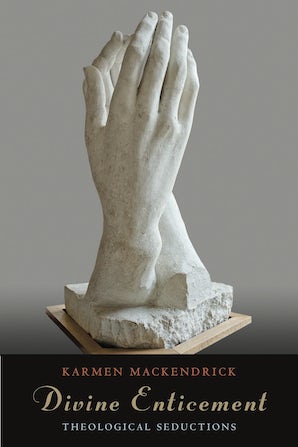 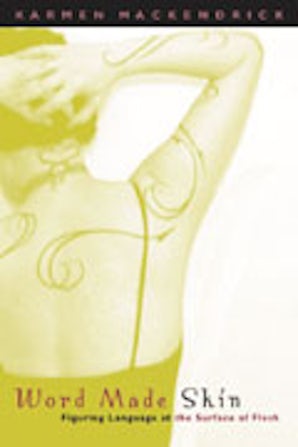 Figuring Language at the Surface of Flesh