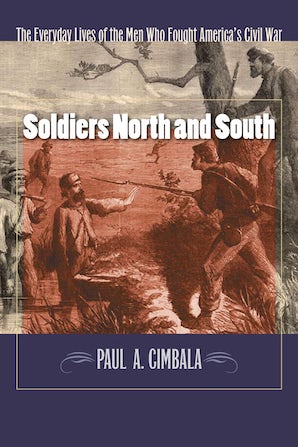 By (author) Paul A. Cimbala

The American Civil War was an extraordinary event. It was a military, political, social, and constitutional milestone that shaped the nation’s understanding of unity and freedom, if imperfectly, into the next century. No American war was so essential to defining what America was and should become. By exploring how and why Northern and Southern men rallied to their flags, trained to be soldiers, lived in camp, marched to the fight, endured combat, and dealt with the aftermath of battle, we can appreciate how such a grand drama of national scope touched the lives of individuals, especially when we pay attention to what those participants had to say about their experiences. Despite the hardships of camp life and the horror of battle, most of these men stayed on in the ranks to do a difficult job. They were not always eager combatants, but the most heroic of them swallowed hard, offered a prayer, overcame their fear, and charged into the enemy’s guns. Importantly, their stories did not end with the final surrender of Confederate forces. The soldiers could not shake off their wartime experiences with the conclusion of combat. Thus, we also need to pay attention to their transition to peace and how they created the memories that they nurtured into their old age. Soldiers North and South is an attempt to understand why the men in the United States and Confederate armies made the sacrifices that they
did and how fighting the war shaped their lives even as a reunited America tried to come to grips with its
consequences.

Historian Paul A. Cimbala's book Soldiers North and South offers an unbelievable amount of information on the life of the common soldier. . . a useful broad overview that will find a fitting place on the shelves of avid Civil War readers among the general public. - —H-CivWar

A gateway to the subject for readers new to Civil War studies and at the same time worth the while of the most knowledgeable specialist in the field. - —The Journal of Military History on the first edition

Paul Cimbala’s book paints a wonderfully vivid and richly informative picture of Civil War soldiers. Drawing heavily on the writings of the soldiers themselves, this comprehensive survey embraces Yankees and Rebels, officers and enlisted men, blacks and whites, and both combat and support troops, following their experiences from enlistment through training, camp life, and battle and on to mustering-out and postwar veterans’ activities. This book should be read not only by everyone interested in the Civil War but by everyone interested in the broader history of the American soldier at war.---—Stephen V. Ash, University of Tennessee, Author of Firebrand of Liberty: The Story of Two Black Regiments That Changed the Course of the Civil War

By (author) Paul A. Cimbala
Paul A. Cimbala is Professor of History at Fordham University and editor of the Press’s series The North’s Civil War and Reconstructing America. 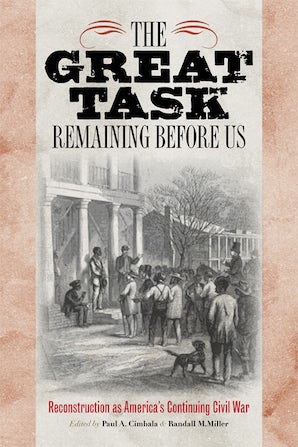 The Civil War and the Northern Front