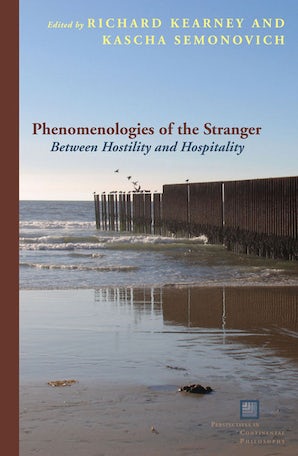 Phenomenologies of the Stranger

Between Hostility and Hospitality

What is strange? Or better, who is strange? When do we encounter the strange? We encounter strangers when we are not at home: when we are in a foreign land or a foreign part of our own land. From Freud to Lacan to Kristeva to Heidegger, the feeling of strangeness—das Unheimlichkeit—has marked our encounter with the other, even the other within our self. Most philosophical attempts to understand the role of the Stranger, human or transcendent, have been limited to standard epistemological problems of other minds, metaphysical substances, body/soul dualism and related issues of consciousness and cognition. This volume endeavors to take the question of hosting the stranger to the deeper level of embodied imagination and the senses (in the Greek sense of aisthesis).

This volume plays host to a number of encounters with the strange. It asks such questions as: How does the embodied imagination relate to the Stranger in terms of hospitality or hostility (given the common root of hostis as both host and enemy)? How do we distinguish between projections of fear or fascination, leading to either violence or welcome? How do humans “sense” the dimension of the strange and alien in different religions, arts, and cultures? How do the five physical senses relate to the spiritual senses, especially the famous “sixth” sense, as portals to an encounter with the Other? Is there a carnal perception of alterity, which would operate at an affective, prereflective, preconscious level? What exactly do “embodied imaginaries” of hospitality and hostility entail, and how do they operate in language, psychology, and social interrelations (including racism, xenophobia, and scapegoating)? And what, finally, are the topical implications of these questions for an ethics and practice of tolerance and peace?

As a whole, this is an excellent contribution to the growing body of literature in philosophy on strangeness, the stranger, and hospitality. - —Missiology: An International Review (American Society of Missiology)

“The text is both eclectic enough to broaden its prospective appeal past any artificially narrow margins and also replete enough with critical and
stimulating research that even the most well-informed theorist will discover something fresh and provocative.”

“A welcome and timely contribution at a time when the question of how to relate to the different and other is up front politically, ethically, and philosophically.” - —Jim Olthuis, Institute for Christian Studies, Toronto

“The text is both eclectic enough to broaden its prospective appeal past any artificially narrow margins and also replete enough with critical and
stimulating research that even the most well-informed theorist will discover something fresh and provocative.”

“A welcome and timely contribution at a time when the question of how to relate to the different and other is up front politically, ethically, and philosophically.”---—Jim Olthuis, Institute for Christian Studies, Toronto

Edited: Richard Kearney
Richard Kearney is Charles Seelig Chair of Philosophy at Boston College and author and editor of more than forty books on contemporary philosophy and culture. He is founding editor of the Guestbook Project and has been engaged in developing a postnationalist philosophy of peace and empathy over several decades. His most relevant books on this subject include Strangers, Gods and Monsters (2001), Postnationalist Ireland (1998), Hosting the Stranger (2012), Phenomenologies of the Stranger (2010), Imagination Now (2019), and Touch: Recovering Our Most Vital Sense (2021).