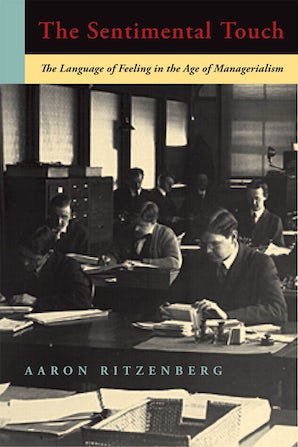 The Language of Feeling in the Age of Managerialism

Between 1850 and 1940, with the rise of managerial capitalism in the United States, the most powerful businesses ceased to be family owned, instead becoming sprawling organizations controlled by complex bureaucracies. Sentimental literature—work written specifically to convey and inspire deep feeling—does not seem to fit with a swiftly bureaucratizing society. Surprisingly, though, sentimental language persisted in American literature, even as a culture of managed systems threatened to obscure the power of individual affect.

The Sentimental Touch explores the strange, enduring power of sentimental language in the face of a rapidly changing culture. Analyzing novels by Harriet Beecher Stowe, Mark Twain, Sherwood Anderson, and Nathanael West, the book demonstrates that sentimental language changes but remains powerful, even in works by authors who self-consciously write against the sentimental tradition. Sentimental language has an afterlife, enduring in American literature long after authors and critics declared it dead, insisting that human feeling can resist a mechanizing culture and embodying, paradoxically, the way that literary conventions themselves become mechanical and systematic.

Ritzenberg capably traces the 'sentimental touch'-- the evocation of emotion through bodiy relations. such as the touch of hands or an embraces-- arguing that it runs through a variety of American literary texts from 1850-1940. . . Recommended. - —Choice

A powerful addition to the ongoing critical conversation about the role of sentimentality in shaping the parameters of American subjectivity while also offering some new and compelling readings of a small, but well chosen, set of American fictions.---—Mary Louise Kete, University of Vermont

A very humane book. Concentrating on the image of touch, Ritzenberg traces how American authors have represented human feeling. Delving into works from the 1850s to the 1930s, he shows how
Americans responded to a major consequence of industrialization--the social organization of society through
management--and how managerial principles eroded fundamental human
connections.