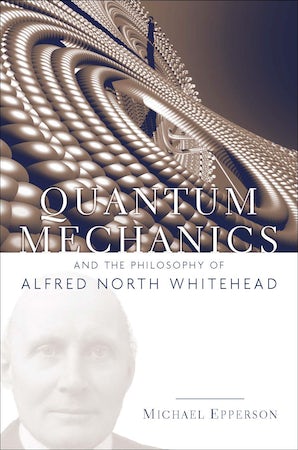 Quantum Mechanics and the Philosophy of Alfred North Whitehead

In Process and Reality and other works, Alfred North Whitehead struggled to come to terms with the impact the new science of quantum mechanics would have on metaphysics.

This ambitious book is the first extended analysis of the intricate relationships between relativity theory, quantum mechanics, and Whitehead's cosmology. Michael Epperson illuminates the intersection of science and philosophy in Whitehead's work-and details Whitehead's attempts to fashion an ontology coherent with quantum anomalies.

Including a nonspecialist introduction to quantum mechanics, Epperson adds an essential new dimension to our understanding of Whitehead-and of the constantly enriching encounter between science and philosophy in our century.

Starting from recent interpretations of paradoxical experiments in quantum physics--such as those on nonlocality and decoherence--Michael Epperson has done a wonderful job of exploring in detail the remarkable parallels in Alfred North Whitehead's philosophical analysis of the transition from potentiality to actuality in elementary events.---—Ian G. Barbour, author of "Religion and Science" (Gifford Lectures Series)

“This book explores the relationships between Whiteheadian philosophy and quantum mechanics in quite significant detail (including discussion of all nine Categorial Obligations!) Background needed to understand technical aspects of either physics or of Whitehead's philosophy are concisely reviewed.”---—Joseph Earley, Sr., The Review of Metaphysics

The book is highly recommended to everybody working on or being seriously interested in the ontology of quantum physics.---—Frank Hattich, Studies in History and Philosophy of Modern Physics

Many of us in the 'process' community have felt a general congruity between Whitehead's cosmology and quantum theory, even though the latter may have directly affected Whitehead's conceptuality only tangentially. We have been glad that in the past decade there has been growing interest among quantum theorists in Whitehead's thought. We especially welcome this remarkable volume. It proposes a correlation of Whitehead's quite technical analysis of the phases of the concrescence of momentary occasions and the strange account of quantum events to which the evidence has driven physicists. At the very least, Michael Epperson has put forward ideas that warrant close attention and point fruitful directions for further inquiry. We may have here a still more successful work, which provides a definitive philosophical ground for quantum theory. In either case, this is an important, as well as a brilliant, book.---—John B. Cobb, Jr., Director, Center for Process Studies