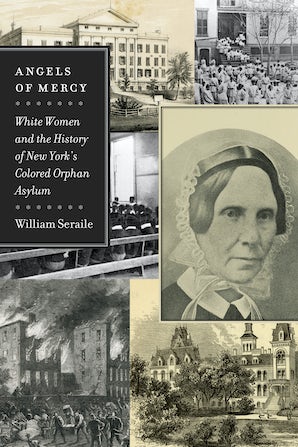 William Seraile uncovers the history of the colored orphan asylum, founded in New York City in 1836 as the nation’s first orphanage for African American children. It is a remarkable institution that is still in the forefront aiding children. Although no longer an orphanage, in its current incarnation as Harlem-Dowling West Side Center for Children and Family Services it maintains the principles of the women who organized it nearly 200 years ago.

While the white female managers and their male advisers were dedicated to uplifting these black children, the evangelical, mainly Quaker founding managers also exhibited the extreme paternalistic views endemic at the time, accepting the advice or support of the African American community only grudgingly. It was frank criticism in 1913 from W. E. B. Du Bois that highlighted the conflict between the orphanage and the community it served, and it wasn’t until 1939 that it hired the first black trustee.

More than 15,000 children were raised in the orphanage, and throughout its history letters and visits have revealed that hundreds if not thousands of “old boys and girls” looked back with admiration and respect at the home that nurtured them throughout their formative years.

Weaving together African American history with a unique history of New York City, this is not only a painstaking study of a previously unsung institution of black history but a unique window onto complex racial dynamics during a period when many failed to recognize equality among all citizens as a worthy purpose.

This penetrating case study nicely merges and extends discussions in works such as Anne M. Boylan's The Origins of Women's Activism: New York and Boston, 1797–1840 and Gunja SenGupta's From Slavery to Poverty: The Racial Origins of Welfare in New York, 1840–1918. Scholars and general readers interested in New York history, race relations, social services, philanthropy, or interracial child rearing will benefit from this work. - —Social Sciences Reviews

. . . a valuable contribution to the history of New York City and to studies of women reformers. - —The American Historical Review

Angels of Mercy is relevant to all social workers as a reminder of the importance of cultural competency in social work practice... - —The New Social Worker

. . . An engaging book about the establishment of the Colored Orphan Asylum in New York City over a century and a half ago. . . [It] provides us a window into the condition of African Americans in the city after the abolition of slavery in New York in 1827. - —The Herald

This is a well written book. It explores a side of New York that is not known to many people. It brings to life the children of minority parents and their experiences. - —City Book Review

By (author) William Seraile
William Seraile is a professor emeritus at Lehman College, City University of New York,where he taught African American history for 36 years. His most recent books are New York’s Black Regiments During the Civil War and Bruce Grit: The Black Nationalist Writings of John Edward Bruce.