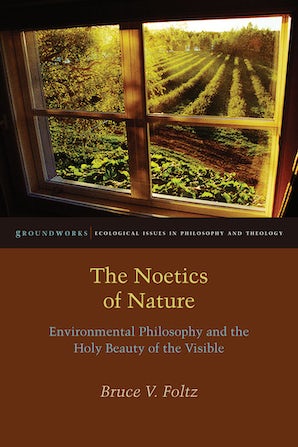 The Noetics of Nature

Environmental Philosophy and the Holy Beauty of the Visible

Contemplative or “noetic” knowledge has traditionally been seen as the highest mode of understanding, a view that persists both in many non-Western cultures and in Eastern Christianity, where “theoria physike,” or the illumined understanding of creation that follows the purification of the heart, is seen to provide deeper insights into nature than the discursive rationality modernity has used to dominate and conquer it.

Working from texts in Eastern Orthodox philosophy and theology not widely known in the West, as well as a variety of sources including mystics such as the Sufi Ibn ‘Arabi, poets such as Basho, Traherne, Blake, Hölderlin, and Hopkins, and nature writers such as Muir, Thoreau, and Dillard, The Noetics of Nature challenges both the primacy of the natural sciences in environmental thought and the conventional view, first advanced by Lynn White, Jr., that Christian theology is somehow responsible for the environmental crisis.

Instead, Foltz concludes that the ancient Christian view of creation as iconic—its “holy beauty” manifesting the divine energies and constituting a primal mode of divine revelation—offers the best prospect for the radical reversal that is needed in our relation to the natural environment.

“This splendid book makes an original and important contribution to environmental philosophy. It develops an argument the seeds for which were sown by the author’s earlier work: that a fruitful approach to environmental ethics, or a proper understanding of 'the Good' with respect to nature, requires a deeper grounding in environmental aesthetics, or a clearer vision of 'the Beautiful,' which is itself ultimately rooted in an 'environmental theology.' With grace and conviction, Foltz shows that it is only by cultivating a sense of 'the Holy' that we can hope to restore a right relation to nature and to ourselves."---—Christopher Dustin, College of the Holy Cross

“Bruce Foltz’s book The Noetics of Nature: Environmental Philosophy and the Holy Beauty of the Visible is a tour de force, an intellectual and cultural history of nature in the West. Its original and in-depth scholarship re-centers environmental philosophy on the marginalized but crucial intersection of Hebrew and Greek thought in the West, viewed with continuity through the patristic and Byzantine eras and beyond into modern Russian philosophy, as an alternative to modern Western materialism.”---—Alfred Siewers, Bucknell University

Bruce Foltz has written an original and compelling book that deserves wide attention. Drawing on Greek Patristic thought, recent environmental writers, Orthodox theology and aesthetics, and the wide sweep of philosophy from the ancient Greeks to today’s phenomenology, Foltz opens multiple, fresh lines of insight and inquiry. The Noetics of Nature is an impressive achievement and a much-needed, new voice in current conversations on the healing of earth.---—Norman Wirzba, Duke Divinity School 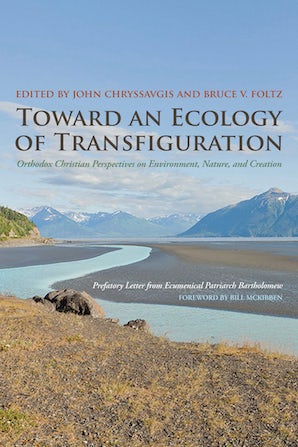 Toward an Ecology of Transfiguration