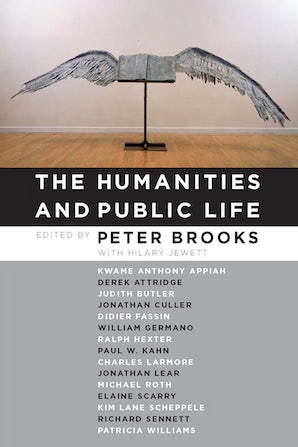 The Humanities and Public Life

What leverage does reading, of the attentive sort practiced in the interpretive humanities, give you on life? Does such reading represent or produce an ethics? The question was posed for many in the humanities by the “Torture Memos” released by the Justice Department a few years ago, presenting arguments that justified the use of torture by the U.S. government with the most twisted, ingenious, perverse, and unethical interpretation of legal texts. No one trained in the rigorous analysis of poetry could possibly engage in such bad-faith interpretation without professional conscience intervening to say: This is not possible.

Teaching the humanities appears to many to be an increasingly disempowered profession—and status—within American culture. Yet training in the ability to read critically the messages with which society, politics, and culture bombard us may be more necessary than ever in a world in which the manipulation of minds and hearts
is more and more what running the world is all about.

This volume brings together a group of distinguished scholars and intellectuals to debate the public role and importance of the humanities. Their exchange suggests that Shelley was not wrong to insist that poets are the unacknowledged legislators of mankind: Cultural change carries everything in its wake. The attentive interpretive reading practiced in the humanities ought to be an export commodity to other fields and to take its place in the public sphere.

The book is a rich and engaging contribution to the overall discussion about the role of the humanities and it makes a persuasive case for scholars, and possibly for nonscholars, regarding the need to challenge the language of deliverables.---Anke Pinkert, —Educational Theory

This is a highly original and deeply exhilarating contribution to public debate about the value of the humanities. The scholars convened by Brooks are individually first-rate and diverse in field,representing literary studies, philosophy,politiical theory, law, and humanistic social science. Their insightful brief essays (it does not denigrate the others if I single out Elaine Scarry's beautiful meditation on the imagination and Jonathan Lear's haunting evocation of cultural loss) are framed by vigorous discussion and genuine interdisciplinary exchange. Stimulating for scholars and non-scholars alike, this book is unique for the range and quality of perspectives it makes available.---—Martha C. Nussbaum, University of Chicago

This superb collection, edited by Yale University emeritus professor Books and lawyer and literary scholar Jewett, asks: What is the relationship between the humanities and public life? Though the book requires sustained attention from even the most invested reader, commitment will be rewarded. . . This collection will rouse its readers again and again. - —Publishers Weekly Starred Review

“In The Humanities and Public Life Peter Brooks has convened a remarkable conversation that explores the crucial contribution of the humanities to the growth of a transnational, interdisciplinary public sphere. Debating the ‘ethics of reading’ from a range of perspectives, his contributors provide a vivid account of the role of language and action in defining new ways of configuring the relation between politics and personhood.”---—Homi K. Bhabha, Anne F. Rothenberg Professor of the Humanities, Harvard University

More than just a collection of smart essays, The Humanities and Public Life leaves ample room for discussion, dialogue, and dissent among its distinguished participants. This volume crackles with intellectual energy. Strongly recommended for anyone concerned with the ethics of reading and the public good of the humanities.---—Rita Felski, University of Virginia

“Like Ruth, homesick among the alien corn, humanities scholarship seems lost in the cold wilderness of instrumental reason. The Humanities and Public Life is a tonic and refreshing conversation about the possibility of redemption.”---—Robert Post, Yale Law School

The Humanities and Public Life, an original, provocative, multi-voiced commentary on the state and possibilities of the humanities, strikes fresh notes in what has become a rather tired (though often desperately earnest) conversation. Although its essays repeatedly take unexpected directions, it suggests a unified way of thinking about issues that might appear disparate.---—Patricia Meyer Spacks, Edgar F. Shannon, Professor Emerita, University of Virginia