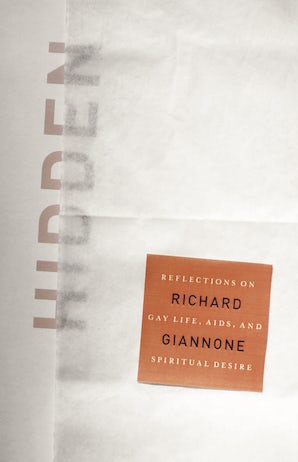 Hidden—Richard Giannone’s searingly honest, richly insightful memoir—eloquently captures the author’s transformation from a solitary gay academic to a dedicated caregiver as well as a sexually and spiritually committed man. Always alone, always fearful, he initially resisted the duty to look after his dying female relatives. But his mother’s fall into dementia changed all that. Her vulnerability opened this middle-aged man to the love of another man, a former priest and Jersey boy like himself. Together the two men saw the old woman to her death and did the same for Giannone’s sister. In Hidden Giannone uncovers how, ultimately, these experiences moved him closer to participating in the vitality he believed pulsed in the world but had always eluded him.

The mothering life of this gay partnership evolved alongside the AIDS crisis and within and against Italian American culture that reflected the Catholic Church’s discountenancing of homosexual love. Giannone vividly weaves his reflections on gay life in Greenwich Village and his spiritual journey as a gay man and Catholic into his experience of caring for the women of his family.

In Hidden Giannone recounts a gripping religious conversion, drawing on the wisdom of the ancient desert mothers and fathers of Egypt and Palestine. Because he was raised a Catholic, the shift is not from nothing to something. Rather, it is away from the modeling power of institutional Christianity to the tempering influence of homosexuality on the Gospel. Gay or straight, so long as we remain hidden from ourselves, the true God remains hidden from us.

“This is a work that resists easy or tidy conclusion. While caring for ailing female relations, Giannone rediscovered a spirituality inspired in part by the desert fathers and mothers of the third century and in part by his scholarly work on Flannery O’Connor. . . . His work captures two important historical points: the impact of AIDS on gay life and the experience of baby boomers as caregivers. . . . His memoir will be of interest to social historians and many gay
and lesbian readers.”

It is these kind of glimpses into gay life (among other things) that make it hard for many Christians today to imagine that there could be anything wrong with being gay. - —First Thoughts: A First Things Blog

. . . A deft spiritual autobiography, one in which the author comes to term with illness, death, his family, and his faith. - —Fordham Magazine

By (author) Richard Giannone
Richard Giannone is Professor Emeritus at Fordham University. He is the author of four books, including Flannery O’Connor: Hermit Novelist.

Flannery O'Connor and the Mystery of Love