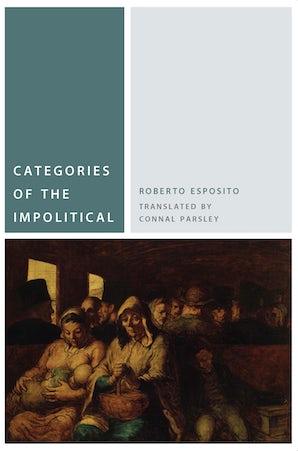 Categories of the Impolitical

The notion of the “impolitical” developed in this volume draws its meaning from the exhaustion of modernity’s political categories, which have become incapable of giving voice to any genuinely radical perspective. The impolitical is not the opposite of the political but rather its outer limit: the border from which we might glimpse a trajectory away from all forms of political theology and the depoliticizing tendencies of a completed modernity.

The book’s reconstruction of the impolitical lineage—which is anything but uniform—begins with the extreme conclusions reached by Carl Schmitt and Romano Guardini in their reflections on the political and then moves through a series of encounters between several great twentieth-century texts: from Hannah Arendt’s On Revolution to Hermann Broch’s The Death of Virgil, to Elias Canetti’s Crowds and Power; from Simone Weil’s The Need for Roots to Georges Bataille’s Sovereignty to Ernst Junger’s An der Zeitmauer.

The trail forged by this analysis offers a defiant counterpoint to the modern political lexicon, but at the same time a contribution to our understanding of its categories.

Categories of the Impolitical is an original and intense meditation on the central void of our historical epoch. The impolitical, beyond any number of misapprehensions, is the always already political refusal to engage in mystification in the face of nihilism. Esposito´s book relentlessly traces and names the suspension and withholding of political sonambulism against every kind of political theology. It is a story, unfinished and unfinishable, about the improbable awakening that a certain type of sleepwalker—the intellectual—simultaneously desires and abhors, and for the most part avoids.---—Alberto Moreiras, Texas A&M University

The limbic Esposito is laid bare by his translator. This luculent rendition of Categories of the Impolitical provides a fluent and accessible introduction to Esposito's most intriguing and challenging work. Here, finally, in incisive and poetic prose, in a properly humanistic and engaged tenor, Esposito's contropiano, his counterplan of the impolitical and non categorial is made available in partibus infidelium, which is to say, in the anglophone world.---—Peter Goodrich, Cardozo School of Law

“Categories of the Impolitical is an impressive attempt to think about politics beyond sovereignty and against political theology. Through clear and sophisticated readings of crucial yet often neglected political thinkers of the twentieth century like Weil, Bataille, Voegelin, and Broch, this book prepares the groundwork for Esposito’s continuing exploration of the possibility of community outside of representation and of politics without transcendence. An indispensable work for anyone interested in Italian theory.”---—Miguel Vatter, University of New South Wales 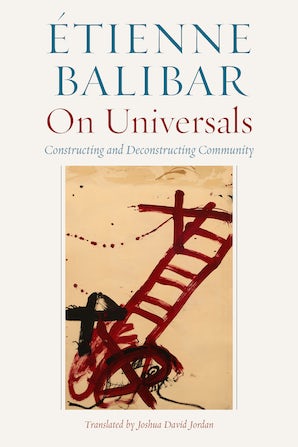