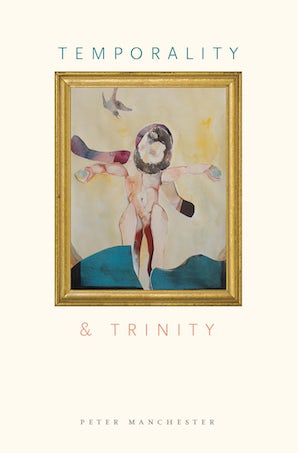 Temporality and Trinity argues that there is deep homology between the roles of temporal problematic in Augustine’s On Trinity and Heidegger’s Being and Time.

Although Heidegger was aware of On Trinity, the claim is not that he writes under its influence. Rather, Manchester moves from the temporal problematic of Being and Time to the psychological explication of the human image of God in On Trinity, schematized as memory, understanding, and will. Formal and phenomenological parallels allow interpretation of that psychological triad as a temporal problematic in the manner of Being and Time. In a sense, this is to read Augustine as influenced by Heidegger.

But the aim is more constructive than that. Establishing a link between trinitarian theology and Being and Time opens a more direct way of benefiting from it in theology than Heidegger’s own assumptions. It puts philosophy in a position to confront New Testament theology directly, in its own historicality, without digression into anything like philosophy of religion.

Manchester has given us a novel and interesting way to use Being and Time. His book is highly readable, includes close, detailed scholarship, and is replete with philosophical and theological insight. - —Notre Dame Philosophical Reviews

Temporality and Trinity develops the original and sometimes provocative readings of temporality that have long appeared in Peter Manchester’s work—not least the unity of time and eternity as a topic and the concept of the temporal disclosure space. The scholarship is of a breadth and exactness not often seen, and the book is a consistent intellectual pleasure.---—Karmen MacKendrick, Le Moyne College