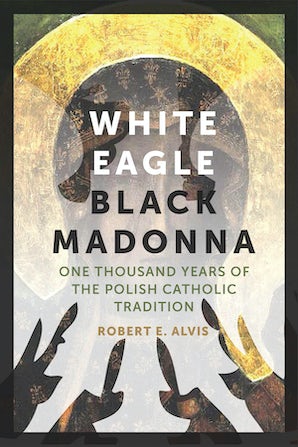 One Thousand Years of the Polish Catholic Tradition

In 1944, the Nazis razed Warsaw’s historic Cathedral of St. John the Baptist. “They knew that the strength of the Polish nation was rooted in the Cross, Christ’s Passion, the spirit of the Gospels, and the invincible Church,” argued Cardinal Stefan Wyszyński in a letter celebrating the building’s subsequent reconstruction. “To weaken and destroy the nation, they knew they must first deprive it of its Christian spirit.” Wyszynski insisted that Catholicism was an integral component of Polish history, culture, and national identity. The faithfulness of the Polish people fortified them during times of trial and inspired much that was noble and good in their endeavors.

Filling a sizable gap in the literature, White Eagle, Black Madonna is a systematic study of the Catholic Church in Poland and among the Polish diaspora. Polish Catholicism has not been particularly well understood outside of Poland, and certainly not in the Anglophone world, until now. Demonstrating an unparalleled mastery of the topic, Robert E. Alvis offers an illuminating vantage point on the dynamic tension between centralization and diversity that long has characterized the Catholic Church’s history. Written in clear, concise, accessible language, the book sheds light on the relevance of the Polish Catholic tradition for the global Catholic Church, a phenomenon that has been greatly enhanced by Pope John Paul II, whose theology, ecclesiology, and piety were shaped profoundly by his experiences in Poland, and those experiences in turn shaped the course of his long and influential pontificate.

Offering a new resource for understanding the historical development of Polish Catholicism, White Eagle, Black Madonna emphasizes the people, places, events, and ritual actions that have animated the tradition and that still resonate among Polish Catholics today. From the baptism of Duke Mieszko in 966 to the controversial
burial of President Lech Kaczyński in 2010, the Church has accompanied the Polish people during their long and often tumultuous history. While often controversial, Catholicism’s influence over Poland’s political, social, and cultural life has been indisputably profound.

No scholar outside of Poland can match Robert Alvis’ broad erudition about Polish Catholic history. This book offers a comprehensive overview of the Church’s millennium in northeastern Europe, reflecting the most up-to-date research on a wide range of topics. Alvis doesn’t shy away from controversial issues, but his presentation is consistently balanced and fair. For those interested in the history of the Catholic Church, this book will fill a significant gap by explaining the distinct characteristics of Polish religiosity. Specialists in Polish history, meanwhile, will gain a much richer understanding of the role of Christianity in Poland’s past, which turns out to be much more nuanced and complex than we typically imagine.---—Brian Porter-Szücs, University of Michigan

Perhaps more than any other nation, Poland has been influenced throughout its history by its relationship to the Roman Catholic Church. For over a millennium, Poles have defined themselves in great part as members of this church. White Eagle, Black Madonna is the first work in English to examine this important religious-national nexus from its beginnings to the present day. Profoundly researched and written in an engaging manner, this book deserves a broad readership.---—Theodore Weeks, Southern Illinois University, Carbondale

White Eagle, Black Madonna: One Thousand Years of the Polish Catholic Tradition provides a nuanced, balanced, and comprehensive look at the Polish Catholic past. Robert E. Alvis has written the best and most up-to-date English-language introduction to this vast subject, from its tenth-century beginnings up to and into the first decade or so of the twenty-first century... There is much rich detail and much to be learned from the book, both by those familiar with Polish history and by the uninitiated reader. - H-Net Reviews

White Eagle, Black Madonna, whose author deserves highest praise, will certainly serve as an invaluable reference for scholars of Catholicism in Poland and the world. - The Polish Review

This is an ambitious book that points to just how much needs to be done to make a vastly different experience of Catholicism accessible to a wider audience... Alvis has offered us a concise and rewarding survey. - Catholic Historical Review