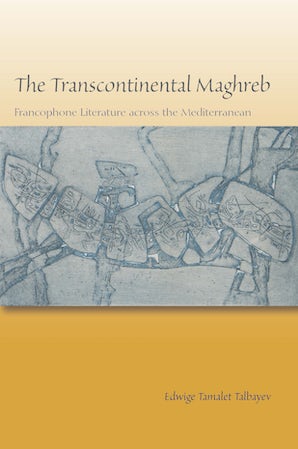 The writer Gabriel Audisio once called the Mediterranean a “liquid continent.” Taking up the challenge issued by Audisio’s phrase, Edwige Tamalet Talbayev insists that we understand the region on both sides of the Mediterranean through a “transcontinental” heuristic. Rather than merely read the Maghreb in the context of its European colonizers from across the Mediterranean, Talbayev compellingly argues for a transmaritime deployment of the Maghreb across the multiple Mediterranean sites to which it has been materially and culturally bound for millennia.

The Transcontinental Maghreb reveals these Mediterranean imaginaries to intersect with Maghrebi claims to an inclusive, democratic national ideal yet to be realized. Through a sustained reflection on allegory and critical melancholia, the book shows how the Mediterranean decenters postcolonial nation-building projects and mediates the nomadic subject’s reinsertion into a national collective respectful of heterogeneity. In engaging the space of the sea, the hybridity it produces, and the way it has shaped such historical dynamics as globalization, imperialism, decolonization, and nationalism, the book rethinks the very nature of postcolonial histories and identities along its shores.

Authors & Distributors
Edwige Tamalet Talbayev is Assistant Professor of French at Tulane University. She is editor of Expressions maghrébines.
Reviews

“Impressively up to date and beautifully written, this book will be of interest to scholars and students of French and Francophone Studies, postcolonial studies, the growing field of Mediterranean studies, and transcultural approaches to memory. Talbayev gives lucid overviews of these areas, while proposing her own distinctive models for thinking about transcontinental connections in a global age.”---Debarati Sanyal, University of California, Berkeley,

The Transcontinental Maghreb is a highly sophisticated and perceptive study of transculturality in the Maghreb, combining original historical reflection as well as intricate close reading of important literary texts by a range of Maghrebian writers.---Jane Hiddleston, The Journal of Mediterranean Studies

Edwige Talbayev offers an exemplary study on literatures of the Maghreb.---Valérie K. Orlando, The Journal of North African Studies

In this wide-reaching, well-researched book, Edwige Tamalet Talbayev provides innovative perspectives on what she has evocatively termed ‘the Mediterranean-infused Maghreb’, bringing together in unprecedented ways the complementary but disparate disciplines of francophone and Mediterranean studies. - French Studies 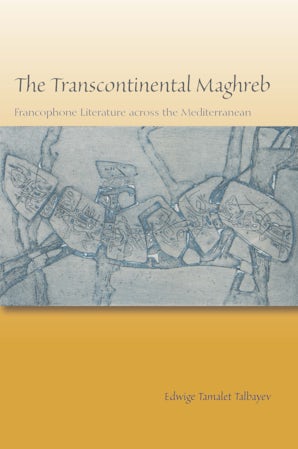