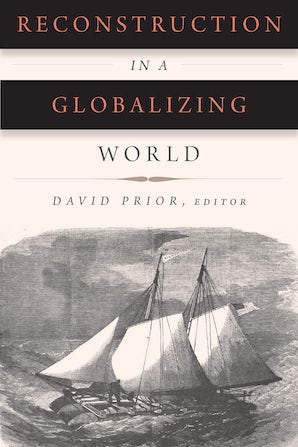 Reconstruction in a Globalizing World

As one of the most complexly divisive periods in American history, Reconstruction has been the subject of a rich scholarship. Historians have studied the period’s racial views, political maneuverings, divisions between labor and capital, debates about woman suffrage, and of course its struggle between freed slaves and their former masters. Yet, on each of these fronts scholarship has attended overwhelmingly to the eastern United States, especially the South, thereby neglecting important transnational linkages. This volume, the first of its kind, will examine Reconstruction’s global connections and contexts in ways that, while honoring the field’s accomplishments, move it beyond its southern focus.

The volume will bring together prominent and emerging scholars to showcase the deepening interplay between scholarships on Reconstruction and on America’s place in world history.
Through these essays, Reconstruction in a Globalizing World will engage two dynamic fields of study to the benefit of them both. By demonstrating that the South and the eastern United States were connected to other parts of the globe in complex and important ways, the volume will challenge scholars of Reconstruction to look outwards. Likewise, examining these same connections will compel transnationally-minded scholars to reconsider Reconstruction as a pivotal era in the shaping of the United States’ relations with the rest of the world.

Authors & Distributors
David Prior is Assistant Professor of History at the University of New Mexico.
Table of Contents

The Arms Scandal of 1870–1872: Immigrant Liberal Republicans and America’s Place in the World
Alison Clark Efford

“The Failure of the Men to Come Up”: The Reinvention of Irish-American Nationalism
Caleb Richardson

7 Reconstruction, from Transatlantic Polyseme to Historiographical Quandary
David Prior