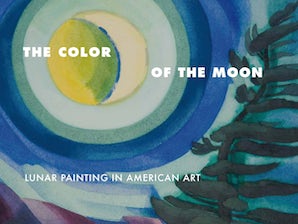 The moon—its face, color, and power—threads through the tapestry of American landscape painting, holding timeless allure for artists and beloved by viewers of paintings everywhere. The Hudson River Museum has organized The Color of the Moon: Lunar Painting in American Art—the first major museum examination of the moon in American visual arts from the nineteenth through the twentieth centuries for a 2019 exhibition. This timely presentation also celebrates the fiftieth anniversary of the Apollo 11 mission when, in 1969, American astronauts first stepped onto the surface of the moon.

From the romantic silvery moonscapes of nineteenth-century artists to the abstractions by artists of the twentieth century who explored the moon, the perfect orb, and tapped into its spiritual possibilities, this celestial body, closest to Earth, remains constant in our sky, though our relationship to it and our home planet changes, as technology extends our reach toward space.

The Hudson River Museum, Fordham University Press, and the James A. Michener Art Museum are joint publishers of the lavishly illustrated catalog The Color of the Moon: Lunar Painting in American Art. In engaging essays, author Stella Paul maps the colors of the moon; catalog co-editors Bartholomew F. Bland and Laura Vookles explore Hudson River School and Modernist moonscapes and their cultural resonance; and curators Melissa Martens Yaverbaum and Ted Barrow sight the moon’s passage in art of both the Gilded and Space ages.

The exhibition and catalog have been made possible by a generous grant by the Mr. and Mrs. Raymond J. Horowitz Foundation for the Arts, Inc.

. . . Highlights the different ways in which artists have recreated the celestial body. - My Modern Met

Contributions: Ted Barrow
Ted Barrow is Assistant Curator at the Hudson River Museum, and a specialist in Gilded Age art in a tropical context, with a focus on Winslow Homer and John Singer Sargent in that region. Barrow has published essays in The New York Times on contemporary photography, contributed to exhibition catalogs, including Traveler Artists: Landscapes of Latin America from the Patricia Phelps de Cisneros Collection, and most recently California Mexicana: Missions to Murals, 1820–1930, published by the Laguna Art Museum, in conjunction with their recent exhibition.

Contributions: Stella Paul
Stella Paul, art historian, was formerly the Metropolitan Museum of Art, NY, Educator-in-Charge of Exhibitions and Communications, where she fostered interpretation for visitors through lectures, writings, tours, and audio messaging. Prior to her work at the Met, Paul conducted the Southern California Center’s efforts to build oral history resources for the Smithsonian's Archives of American Art. Modern art is central to much of her writing.

Edited: Laura L. Vookles
Laura Vookles is Chair of the Curatorial Department at the Hudson River Museum, where she has curated numerous exhibitions and written for its publications, among them Wyeth Wonderland: Josephine Douet Envisions Andrew Wyeth’s World.

Contributions: Melissa Martens Yaverbaum
Melissa Martens Yaverbaum is Executive Director of the Council of American Jewish Museums. She has worked with museums for 25 years, and formerly was the Director of Collections and Exhibitions at the Museum of Jewish Heritage in New York City, where she curated the exhibitions Emma Lazarus: Poet of Exiles and Project Mah Jongg. For 10 years prior, she was Curator of the Jewish Museum of Maryland, where she created exhibitions on Jewish department stores, synagogue architecture, Jewish fashion and beauty, and Jewish vacation culture. 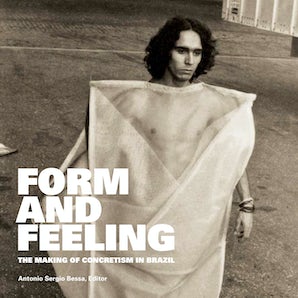 The Making of Concretism in Brazil 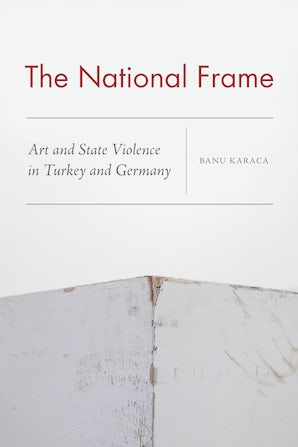 Art and State Violence in Turkey and Germany