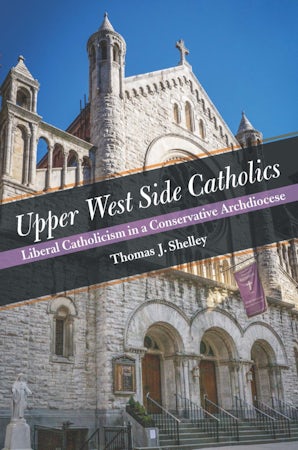 This remarkable history of a beloved Upper West Side church is in many respects a microcosm of the history of the Catholic Church in New York City.

Here is a captivating study of a distinctive Catholic community on the Upper West Side of Manhattan, an area long noted for its liberal Catholic sympathies in contrast to the generally conservative attitude that has pervaded the archdiocese of New York. The author traces this liberal Catholic dimension of Upper West Side Catholics to a long if slender line of progressive priests that stretches back to the Civil War era, casting renewed light on their legacy: liturgical reform, concern for social justice, and a preferential option for the poor long before this phrase found its way into official church documents. In recent years this progressivism has demonstrated itself in a willingness to extend a warm welcome to LGBT Catholics, most notably at the Church of the Ascension on West 107th Street. Ascension was one of the first diocesan parishes in the archdiocese to offer a spiritual home to LGBT Catholics and continues to sponsor the Ascension Gay Fellowship Group.

Exploring the dynamic history of the Catholic Church of the Ascension, this engaging and accessible book illustrates the unusual characteristics that have defined Catholicism on the Upper West Side for the better part of the last century and sheds light on similar congregations within the greater metropolis. In many respects, the history of Ascension parish exemplifies the history of Catholicism in New York City over the past two centuries because of the powerful presence of two defining characteristics: immigration and neighborhood change. The Church of the Ascension, in fact, is a showcase of the success of urban ethnic Catholicism. It was founded as a small German parish, developed into a large Irish parish, suffered a precipitous decline during the crime wave that devastated the Upper West Side from the 1960s to the 1980s, and was rescued from near-extinction by the influx of Puerto Rican and Dominican Catholics. It has emerged during the last several decades as a flourishing multi-ethnic, bilingual parish that is now experiencing the restored prosperity and prominence of the Upper West Side as one of Manhattan’s most integrated and popular residential neighborhoods.

5. The Confident Years at Ascension | 37

A. Pastors of the Church of the Ascension | 117