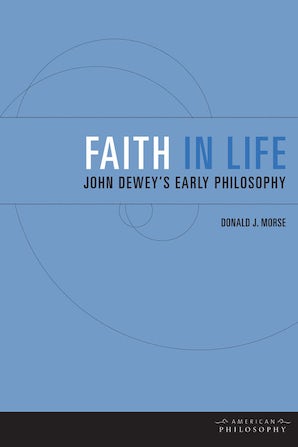 This is the first book to consider John Dewey’s early philosophy on its own terms and to explicate its key ideas. It does so through the fullest treatment to date of his youthful masterwork, the Psychology.

• A focus on discontinuity that challenges all naturalistic views, including Dewey’s own later view;
• A space of critical resistance to events that is at the same time the source of ideals;
• A faith in the development of ideals that challenges pessimists like Schopenhauer and Nietzsche; and
• A non-traditional reading of Hegel that invites comparison with cutting-edge Continental philosophers, such as Adorno, Derrida, and Zizek, and even goes beyond them in its systematic approach;

In making these discoveries, the author forges a new link between American and European philosophy, showing how they share similar insights and concerns. He also provides an original assessment of Dewey’s relationship to his teacher, George Sylvester Morris, and to other important thinkers of the day, giving us a fresh picture of John Dewey, the man and the philosopher, in the early years of his career.

Readers will find a wide range of topics discussed, from Dewey’s early reflections on Kant and Hegel to the nature of beauty, courage, sympathy, hatred, love, and even death and despair.

This is a book for anyone interested in the thought of John Dewey, American pragmatism, Continental Philosophy, or a new idealism appearing on the scene.

Authors & Distributors
Donald J. Morse is Associate Professor and Chair in the Department of Philosophy at Webster University in St. Louis.
Reviews

Morse takes a neglected trajectory into the thought of John Dewey, arguing that his early philosophy was coherent and in some ways superior to his later philosophy . . .Recommended. - —Choice

“A fascinating study. This work is a genuinely creative and novel reinterpretation of Dewey.”---—Kenneth Stikkers, Southern Illinois University of Carbondale

“A significant contribution to Dewey scholarship that adds an important element to our understanding of late 19th century philosophy in America, makes a contribution to the literature on American idealism, and provides a starting point for new scholarship in the implications of Dewey’s work for contemporary philosophy.”---—Scott L. Pratt, University of Oregon

By (author) Donald J. Morse
Donald J. Morse is Associate Professor and Chair in the Department of Philosophy at Webster University in St. Louis.