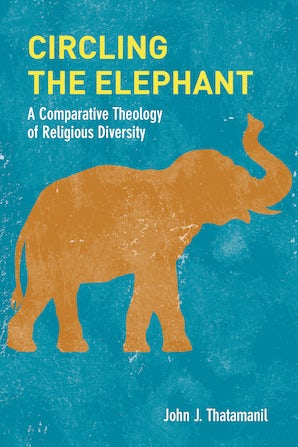 Christian theologians have for some decades affirmed that they have no monopoly on encounters with God or ultimate reality and that other religions also have access to religious truth and transformation. If that is the case, the time has come for Christians not only to learn about but also from their religious neighbors. Circling the Elephant affirms that the best way to be truly open to the mystery of the infinite is to move away from defensive postures of religious isolationism and self-sufficiency and to move, in vulnerability and openness, toward the mystery of the neighbor.

Circling the Elephant also offers an analysis of why we have fallen short in the past. Interreligious learning has been obstructed by problematic ideas about “religion” and “religions,” Thatamanil argues, while also pointing out the troubling resonances between reified notions of “religion” and “race.” He contests these notions and offers a new theory of the religious that makes interreligious learning both possible and desirable.

Christians have much to learn from their religious neighbors, even about such central features of Christian theology as Christ and the Trinity. This book envisions religious diversity as a promise, not a problem, and proposes a new theology of religious diversity that opens the door to robust interreligious learning and Christian transformation through encountering the other.

Circling the Elephant is a compelling case for interreligious learning in our times, grounded in a convincing critique of religious traditions as impermeable historical fortresses. Theological arguments for openness to the wisdom of our neighbors’ traditions are richly illustrated by stories of the creativity and transformation that flow from such deep human encounters. Thatamanil’s work is a new and valuable resource for comparative theology, theologies of religious diversity, and constructive theology across traditions.---Anantanand Rambachan, St. Olaf College,

Rooted in the expansive diversity of our actual human existence, John Thatamanil offers a new approach to the well-worn paths of theologies of religious pluralism and comparative theology. Challenging the very category of ‘religion’ from out of the near-infinite ways we humans orient ourselves in the world, this provocative proposal invites us to consider what it might still mean to be ‘religious’ when the unbounded encounter with the beauty of the particular is data for theological reflection. As complex and complicated as our moment in history, Circling the Elephant is an invitation to embrace the bewildering divine and human with a creativity that just might make us want to be better people.---Jeannine Hill Fletcher, author of The Sin of White Supremacy: Christianity, Racism and Religious Diversity in America,

With rigorous research and wisdom from years of Hindu-Christian-Buddhist trialogue, Dr. Thatamanil presents a trinitarian theology of religious diversity that is expansive, provocative, and imaginative. It is deeply rewarding to witness how intra- and inter-religious dialogues occur in this creative theologian’s mind simultaneously on many levels. The book pushes the envelope of the ways constructive theology can be done!---Kwok Pui-lan, Dean’s Professor of Systematic Theology, Candler School of Theology, Emory University,

Insightful, skillful, and convincing, this book could serve as an anchor for a course. - Choice

1 Religious Difference and Christian Theology: Thinking About,
Thinking With, and Thinking Through | 21

2 The Limits and Promise of Exclusivism and Inclusivism:
Assessing Major Options in Theologies of Religious Diversity | 41

3 No One Ascends Alone: Toward a Relational Pluralism | 70

7 God as Ground, Singularity, and Relation: Trinity and Religious Diversity | 213

By (author) John J. Thatamanil
John J. Thatamanil is Associate Professor of Theology and World Religions at Union Theological Seminary in the City of New York. He is the author of The Immanent Divine: God, Creation, and the Human Predicament; An East–West Conversation (Fortress, 2006). He teaches a wide variety of courses in the areas of comparative theology, theologies of religious diversity, Hindu-Christian dialogue, the theology of Paul Tillich, theory of religion, and process theology. He is committed to the work of comparative theology—theology that learns from and with a variety of traditions. A central question that drives his work is “How can Christian communities come to see religious diversity as a promise rather than as a problem?”