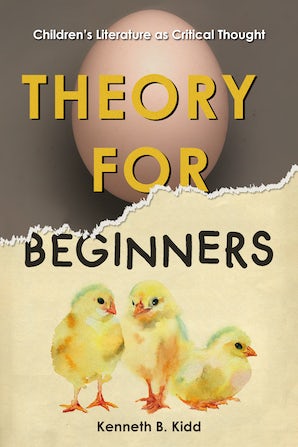 By (author) Kenneth B. Kidd

After centuries of ignoring the child, some philosophy now considers the child an ideal practitioner as well as subject. This is evident especially in the Philosophy for Children, or P4C, movement. Offering a novel take on this phenomenon, Theory for Beginners explores how philosophy and theory draw on children’s literature and have even come to resemble it in their strategies for cultivating the child and/or the beginner.

Since its inception in the 1970s, P4C has affirmed children’s literature as important philosophical work as part of its commitment to keeping philosophy fresh and relevant. Theory, meanwhile, has invested in children’s classics, especially Lewis Carroll’s Alice books, and has also developed a literature for beginners that resembles children’s literature in significant ways. After examining the P4C movement, author Kenneth B. Kidd turns his critical eye to theory for beginners as exemplified in the form of the multitude of illustrated guides. If philosophy is for children and theory is for beginners, he argues, then children’s literature might also be described as a literature for minors, and perhaps even a minor literature as theorized by Deleuze and Guattari. Examining everything from the work of the rise of French Theory in the United States to the crucial pedagogies offered in children’s picture books, from Alison Bechdel’s graphic memoir Are You My Mother? and Lemony Snicket’s A Series of Unfortunate Events to studies of queer childhood, Kidd deftly reveals the way in which children may learn from philosophy and vice versa.

Authors & Distributors
Kenneth B. Kidd is Professor of English at the University of Florida. He is the author of Making American Boys: Boyology and the Feral Tale and Freud in Oz: At the Intersections of Psychoanalysis and Children’s Literature. He is also co-editor (with Derritt Mason) of Queer as Camp: Essays on Summer, Style, and Sexuality (Fordham).
Reviews

Kenneth Kidd’s generative and useful book considers what it would mean to ground a critical theory in books for young people. An ideal spokesbook for the public humanities, Kidd’s lucid, accessible Theory for Beginners explores why small books are so good at raising big questions. By estranging the familiar and cultivating a sense of wonder, children’s literature, as Kidd shows us, teaches us not just how to read but how to read the world. - Philip Nel, author of Was the Cat in the Hat Black? The Hidden Racism of Children’s Literature, and the Need for Diverse Books

Is theory for beginners? If all theorists were as intellectually broad-minded, playfully pedagogical, and mercifully undogmatic as Kenneth Kidd, then it would be. His witty and wide-ranging account of how children’s literature sometimes functions as theory and theory sometimes engages creatively with children (and other novices) is wonderfully eclectic and illuminating. - Marah Gubar, Massachusetts Institute of Technology

By (author) Kenneth B. Kidd
Kenneth B. Kidd is Professor of English at the University of Florida. He is the author of Making American Boys: Boyology and the Feral Tale and Freud in Oz: At the Intersections of Psychoanalysis and Children’s Literature. He is also co-editor (with Derritt Mason) of Queer as Camp: Essays on Summer, Style, and Sexuality (Fordham). 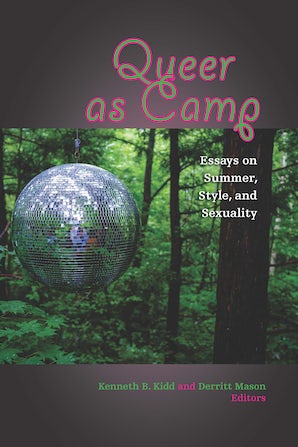 Essays on Summer, Style, and Sexuality