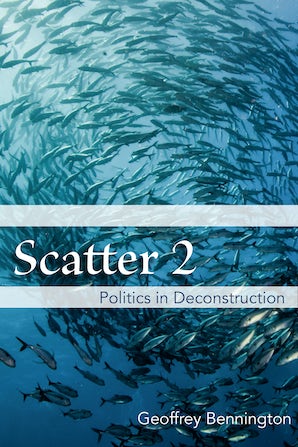 This book deconstructs the whole lineage of political philosophy, showing the ways democracy abuts and regularly undermines the sovereignist tradition across a range of texts from the Iliad to contemporary philosophy.

Politics is an object of perennial difficulty for philosophy—as recalcitrant to philosophical mastery as is philosophy’s traditional adversary, poetry. That difficulty makes it an attractive topic for any deconstructive approach to the tradition from which we inherit our language and our concepts. Scatter 2 pursues that deconstruction, often starting with, and sometimes departing from, the work of Jacques Derrida by attending to the concepts of sovereignty on the one hand and democracy on the other.

The book begins by following the fate of a line from Homer’s Iliad, where Odysseus asserts that “the rule of many is no good thing, let there be one ruler, one king.” The line, Bennington shows, is quoted, misquoted, and progressively Christianized by Aristotle, Philo Judaeus, Suetonius, the early Church Fathers, Aquinas, Dante, Ockham, Marsilius of Padua, Jean Bodin, Etienne de la Boétie, up to Carl Schmitt and Erik Peterson, and even one of the defendants at the Nuremberg trials, before being discussed by Derrida himself. In the book’s second half, Bennington begins again with Plato and Aristotle and tracks the concept of democracy as it regularly abuts and undermines that sovereignist tradition. In detailed readings of Hobbes and Rousseau, Bennington develops a notion of “proto-democracy” as a possible name for the scatter that underlies and drives the political as such and that will always prevent politics from achieving its aim of bringing itself to an end.

No one else could have pulled off what Geoffrey Bennington has accomplished in the strikingly original Scatter 2. The book stands alone and I suspect will prove more accessible to many readers than Scatter 1. Catch Bennington at full stride as he walks his readers through the familiar tradition of Western political philosophy, only to show that, by virtue of his illuminating insight, that tradition is no longer quite as familiar as we thought. - Robert Bernasconi, Pennsylvania State University

8. Protodemocracy and the Fall of Sovereignty (Hobbes, Aristotle) | 203 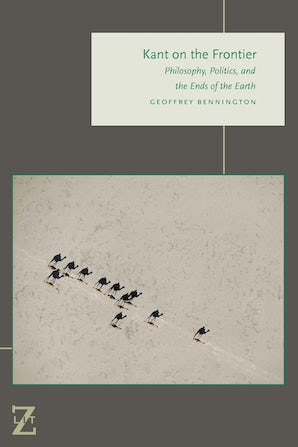 Kant on the Frontier

Philosophy, Politics, and the Ends of the Earth 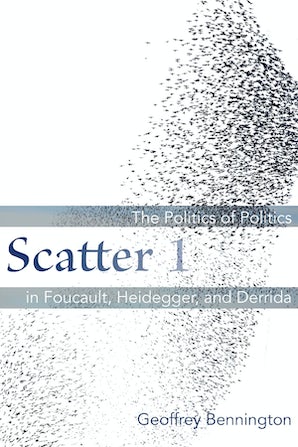 The Politics of Politics in Foucault, Heidegger, and Derrida