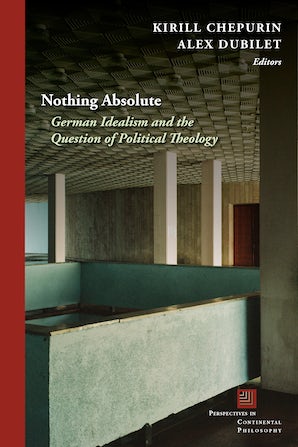 Featuring scholars at the forefront of contemporary political theology and the study of German Idealism, Nothing Absolute explores the intersection of these two flourishing fields. Against traditional approaches that view German Idealism as a secularizing movement, this volume revisits it as the first fundamentally philosophical articulation of the political-theological problematic in the aftermath of the Enlightenment and the advent of secularity.

“Did German Idealism introduce the death of God and disclose the space-time of radical immanence, or is it rather the pivotal moment for the development of political theology in late modernity? This exciting collection of essays offers new insights into this perplexing question for both philosophy and theology.”---Miguel Vatter, Flinders University

This volume, full of precise, incisive, and deeply researched scholarship, situates the problematic of political theology within a series of questions that emerge within German Idealist philosophy, from Kant to Marx. This is an original and necessary contribution to the growing field of political theology. As evinced in this volume, German Idealism and its intellectual heirs in critical theory, Marxism, and cultural theory are an important, perhaps even necessary place to ground the contemporary critiques of the global capitalist order of racial, gendered, and biopolitical oppression.---Joshua Ramey, Haverford College

1 Knot of the World: German Idealism between Annihilation and Construction | 35
Kirill Chepurin

5 Kant’s Unexpected Materialism: How the Object Saves Kant (and Us) from the Moral Law | 104
James Martel

7 Kant with Sade with Hegel: The Death of God and the Joy of Reason | 144
Oxana Timofeeva

8 A Political Theology of Tolerance: Universalism and the Tragic Position of the Religious Minority | 160
Thomas Lynch

10 Political Theology of the Death of God: Hegel and Derrida | 188
Agata Bielik-Robson

12 Once More, from Below: The Concept of Reduplication and the Immanence of Political Theology | 223
Steven Shakespeare

Contributions: Joseph Albernaz
Joseph Albernaz is assistant professor of English and comparative literature at Columbia University. He is currently working on a book about conceptions of community in Romanticism, tentatively entitled All Things Common.

Contributions: Daniel C. Barber
Daniel C. Barber is assistant professor of philosophy and religious studies at Pace University. He is the author of On Diaspora: Christianity, Religion, and Secularity (Cascade, 2011) and Deleuze and the Naming of God: Post-Secularism and the Future of Immanence (Edinburgh University Press, 2014).

Contributions: Agata Bielik-Robson
Agata Bielik-Robson is professor of Jewish studies in the Department of Theology and Religious Studies at the University of Nottingham. She is the author of The Saving Lie: Harold Bloom and Deconstruction (Northwestern University Press, 2011), Jewish Cryptotheologies of Late Modernity: Philosophical Marranos (Routledge, 2014), and Another Finitude: Messianic Vitalism and Philosophy (Bloomsbury, 2019).

Contributions: S.D. Chrostowska
S. D. Chrostowska is professor of humanities at York University, Toronto. She is the author of Literature on Trial: The Emergence of Critical Discourse in Germany, Poland, and Russia, 1700-1800 (University of Toronto Press, 2012) and Matches: A Light Book (Punctum, 2015, 2nd enl. ed. 2019), and coeditor of Political Uses of Utopia: New Marxist, Anarchist, and Radical Democratic Perspectives (Columbia University Press, 2017).

Contributions: Thomas Lynch
Thomas Lynch is senior lecturer in philosophy of religion at the University of Chichester. He is the author of Apocalyptic Political Theology: Hegel, Taubes and Malabou (Bloomsbury, 2019).

Contributions: James Martel
James Martel is professor of political science at San Francisco State University. He is the author of Divine Violence: Walter Benjamin and the Eschatology of Sovereignty (Routledge, 2011), The One and Only Law: Walter Benjamin and the Second Commandment (University of Michigan Press, 2014), and The Misinterpellated Subject (Duke University Press, 2017).

Contributions: Steven Shakespeare
Steven Shakespeare is associate professor of philosophy at Liverpool Hope University. He is the author of Kierkegaard, Language and the Reality of God (Ashgate, 2001), Derrida and Theology (T&T Clark, 2009), and Kierkegaard and the Refusal of Transcendence (Palgrave Macmillan, 2015).

Contributions: Oxana Timofeeva
Oxana Timofeeva is professor of philosophy at the European University at St. Petersburg. She is the author of History of Animals: An Essay on Negativity, Immanence and Freedom (Bloomsbury, 2018).

Contributions: Daniel Whistler
Daniel Whistler is reader in modern European philosophy at Royal Holloway, University of London. He is coauthor of The Schelling-Eschenmayer Controversy, 1801: Nature and Identity (Edinburgh University Press, 2020) and the author of Schelling’s Theory of Symbolic Language: Forming the System of Identity (Oxford University Press, 2013), as well as coeditor of The Schelling Reader (Bloomsbury, 2020). 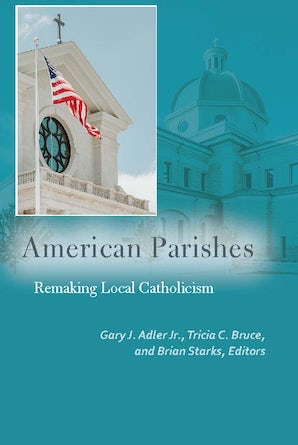