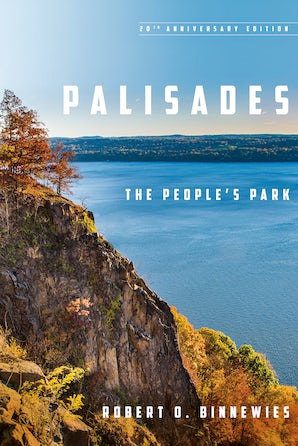 The citizenry of our nation has stepped forward, generation upon generation, to preserve scenic beauty and the diversity of natural life. Often, these achievements are dramatic and inspiring, as in the Palisades chronicle. With its public parkland and historic sites protected forever, the question remains: can we apply the same resolve to secure an even higher environmental goal: to save our Earth’s future?---Larry Rockefeller (American Conservation Association),

This book reminds us that conservation of our nation’s natural and historic assets never is easy, but always is possible if each generation places high value on the legacy it will leave for the next.---Former Senator Bill Bradley,

Bob Binnewies’ book is a tour de force about the history of a unique bi-state agency that has played a central role in the preservation of open space, including most recently, Sterling Forest in the heart of the New York Metropolitan area.---Jim Tripp (Environmental Defense Fund),

Bob Binnewies has done a masterful job of capturing the spirit and chronicling the determination of those whose work has helped safeguard the magnificent landscape of the Hudson River. Palisades is a must for everyone involved in open space and wildlife habitat protection.---Patrick F. Noonan (Conservation Fund),