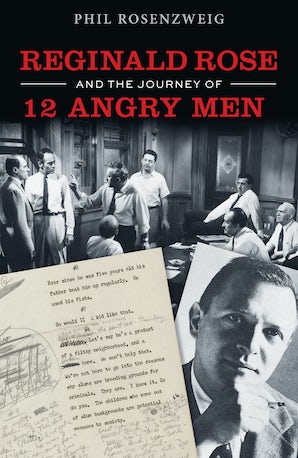 The untold story behind one of America’s greatest dramas

In early 1957, a low-budget black-and-white movie opened across the United States. Consisting of little more than a dozen men arguing in a dingy room, it was a failure at the box office and soon faded from view.

Today, 12 Angry Men is acclaimed as a movie classic, revered by the critics, beloved by the public, and widely performed as a stage play, touching audiences around the world. It is also a favorite of the legal profession for its portrayal of ordinary citizens reaching a just verdict and widely taught for its depiction of group dynamics and human relations. Few twentieth-century American dramatic works have had the acclaim and impact of 12 Angry Men.

Reginald Rose and the Journey of “12 Angry Men” tells two stories: the life of a great writer and the journey of his most famous work, one that ultimately outshined its author. More than any writer in the Golden Age of Television, Reginald Rose took up vital social issues of the day—from racial prejudice to juvenile delinquency to civil liberties—and made them accessible to a wide audience. His 1960s series, The Defenders, was the finest drama of its age and set the standard for legal dramas. This book brings Reginald Rose’s long and successful career, its origins and accomplishments, into view at long last.

By placing 12 Angry Men in its historical and social context—the rise of television, the blacklist, and the struggle for civil rights—author Phil Rosenzweig traces the story of this brilliant courtroom drama, beginning with the chance experience that inspired Rose, to its performance on CBS’s Westinghouse Studio One in 1954, to the feature film with Henry Fonda. The book describes Sidney Lumet’s casting, the sudden death of one actor, and the contribution of cinematographer Boris Kaufman. It explores the various drafts of the drama, with characters modified and scenes added and deleted, with Rose settling on the shattering climax only days before filming began.

Drawing on extensive research and brimming with insight, this book casts new light on one of America’s great dramas—and about its author, a man of immense talent and courage.

Author royalties will be donated equally to the Feerick Center for Social Justice at Fordham Law School and the Justice John Paul Stevens Jury Center at Chicago-Kent College of Law.

...[A] fascinating book about Rose’s masterpiece... - The Economist

[W]e’re in [Rosenzweig's] debt for bringing the virtues of this imperishable movie before us once again — and not a moment too soon. - Los Angeles Review of Books

Reginald Rose was one of the architects of an exciting era of powerful, socially conscious dramas using the new medium of television. Phil Rosenzweig's compelling book recounts the struggles and successes of a time that brought issues like human rights, urban poverty, abortion and racial justice into our living rooms and daily conversations.---Glenn Frankel, author of Shooting Midnight Cowboy: Art, Sex, Loneliness, Liberation, and the Making of a Dark Classic

An engaging, insightful study of a landmark film and its surprisingly long-term impact.---Beverly Gray, author of Seduced by Mrs. Robinson: How "The Graduate” Became the Touchstone of a Generation

By (author) Phil Rosenzweig
Phil Rosenzweig is a Professor of Business Administration at IMD in Lausanne, Switzerland, where he has used 12 Angry Men for many years to teach executives about interpersonal behavior and group dynamics. 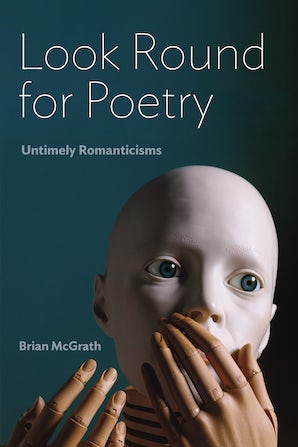