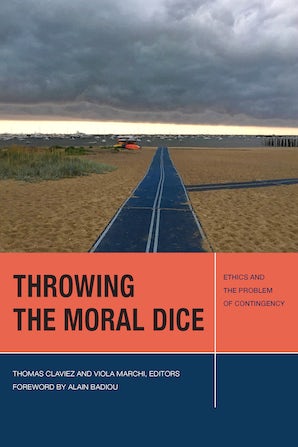 More than a purely philosophical problem, straddling the ambivalent terrain between necessity and impossibility, contingency has become the very horizon of everyday life. Often used as a synonym for the precariousness of working conditions under neoliberalism, for the unknown threats posed by terrorism, or for the uncertain future of the planet itself, contingency needs to be calculated and controlled in the name of the protection of life.

The overcoming of contingency is not only called upon to justify questionable mechanisms of political control; it serves as a central legitimating factor for Enlightenment itself. In this volume, nine major philosophers and theorists address a range of questions around contingency and moral philosophy. How can we rethink contingency in its creative aspects, outside the dominant rhetoric of risk and dangerous exposure? What is the status of contingency—as the unnecessary and law-defying—in or for ethics? What would an alternative “ethics of contingency”—one that does not simply attempt to sublate it out of existence—look like?

The volume tackles the problem contingency has always posed to both ethical theory and dialectics: that of difference itself, in the difficult mediation between the particular and the universal, same and other, the contingent singularity of the event and the necessary generality of the norms and laws.

From deconstruction to feminism to ecological thought, some of today’s most influential thinkers reshape many of the most debated concepts in moral philosophy: difference, agency, community, and life itself.

Act ‘as’ the world wants, or act ‘as if’ the will of the ethical subject were worth the world? We can, I think, escape the trap of this alternative by considering some of the confusion surrounding the notion of ‘necessity.’ . . . All in all, everything is necessary, except the necessity of this necessariness: The laws of the world, while immediately necessary, could be other than they are, such that their necessity is only a contingent local covering of a radical contingency. . . . In any world a truth is created slowly on the basis of a contingency, whose value as exception this truth preserves in the recognizable form of a creation.---Alain Badiou, from the Foreword

We live in uncertainty, and we are not afraid to admit it, but can we say we know that uncertainty—know it well enough to act responsibly in it? This volume boldly reinterprets uncertainty as a symptom of social exclusion, a product of the otherness outside community. Not content to identify justice with the incalculable, Claviez and Marchi explore the mystery of how mere contingencies can give rise to real ethical imperatives. The volume makes an unusual and powerful claim on all serious readers.---Bruce Robbins, Columbia University

Throwing the Moral Dice treats the question of ethics, and thus of community, as intrinsically bound up with contingency in a new and inspiring manner. The scholarship that went into the chapters is erudite and remarkable.---Elisabeth Weber, University of California, Santa Barbara

If contingency is an ambiguous realm, as Roland Barthes once put it, then Claviez and Marchi are its explorers. They have assembled a cast of thinkers whose sometimes radically different perspectives allow us to see how deeply entangled ethics and kairos truly are. They invite us to listen to contingency without judgment and fear by showing us how to disentangle subjecthood from responsibility for agency.---Timothy C. Campbell, Cornell University

Cosmopolitan Ethics as an Ethics of Contingency: Toward a Metonymic Community
Thomas Claviez | 45

II Other Others: Ethics 2.0 and the Problem of the “Unsynthesizable”

Critique, Power, and the Ethics of Affirmation
Rosi Braidotti | 145

The Promise of Practical Philosophy and Institutional Innovation
Drucilla Cornell | 162

“There Is No World”: Living Life in Deconstruction and Theoretical Biology
Cary Wolfe | 229

Foreword: Alain Badiou
Alain Badiou is Professor Emeritus of Philosophy at the École Normal Supérieure in Paris and still holds seminars at the Collège International de Philosophie and at the European Graduate School. A philosopher, political activist, and playwright, he has published some of the most original, influential, and by now classic works of contemporary philosophy: Theory of the Subject (1982), Manifesto for Philosophy (1989), Ethics: An Essay on the Understanding of Evil (1993), Deleuze: The Clamor of Being (1997), and the three installments of his most ambitious work: Being and Event (1988), Logics of the Worlds: Being and Event 2 (2006), and The Immanence of Truths: Being and Event 3, released in French in 2018.

Contributions: Rosi Braidotti
Rosi Braidotti is Distinguished University Professor and Director of the Centre for the Humanities at Utrecht University. She is the founder of the interuniversity SOCRATES network NOISE and of the Thematic Network for Women’s Studies ATHENA, which she directed until 2005. Her research combines social and political theory, cultural politics, feminist theory, and ethnicity studies. She is the author of Patterns of Dissonance: A Study on Women in Contemporary Philosophy (1991), Nomadic Subjects: Embodiment and Sexual Difference in Contemporary Feminist Theory (1994), Metamorphoses: Towards a Materialist Theory of Becoming (2002), and Transpositions: On Nomadic Ethics (2006). Her latest publications, The Posthuman (2013) and Posthuman Knowledge (2019), call for a new type of critical knowledge, one able to address and challenge the intersections of power and violence, privilege and discrimination, arising out of human interactions.

Contributions: Thomas Claviez
Thomas Claviez is Professor for Literary Theory at the University of Bern, where he is responsible for the MA program in World Literature. He is the author of Grenz fälle: Mythos- Ideologie- American Studies (1998) and Aesthetics and Ethics: Otherness and Moral Imagination from Aristotle to Levinas and from Uncle Tom’s Cabin to House Made of Dawn (2008) and the coauthor, with Dietmar Wetzel, of Zur Aktualität von Jacques Rancière (2016). He has published widely on issues of community, recognition, literary theory, and moral philosophy. He is the editor of The Conditions of Hospitality: Ethics, Politics, and Aesthetics on the Threshold of the Possible (2013) and of The Common Growl: Towards a Poetics of Precarious Community (2016) and the coeditor of Aesthetic Transgressions: Modernity, Liberalism, and the Function of Literature (2006) and of Critique of Authenticity (2019). He is currently working on a monograph with the title A Metonymic Community? Towards a New Poetics of Contingency.

Contributions: Drucilla Cornell
Drucilla Cornell is Professor Emerita of Political Science, Comparative Literature, and Women’s and Gender Studies at Rutgers University; Professor Extraordinaire at the University of Pretoria, South Africa; and a visiting professor at Birkbeck College, University of London. With a background in philosophy, law, and grassroots mobilization, she has played a central role in the organization of the memorable conferences on deconstruction and justice at the Benjamin N. Cardozo School of Law in 1989, 1990, and 1993. She is the author of The Philosophy of the Limit (1992), Feminism and Pornography (2000), and Law and Revolution in South Africa: uBuntu, Dignity, and the Struggle for Constitutional Transformation (2014). She has also coedited several books: Feminism as Critique: On the Politics of Gender (1987), with Seyla Benhabib; and Hegel and Legal Theory (1991) and Deconstruction and the Possibility of Justice (1992), with David Gray Carlson and Michel Rosenfeld. She is part of a philosophical exchange with Seyla Benhabib, Judith Butler, and Nancy Fraser entitled Feminist Contentions (1995). In addition to her academic work, she has written four produced plays.

Contributions: Hans Ulrich Gumbrecht
Hans Ulrich Gumbrecht is the Albert Guérard Professor Emeritus in Literature in the Departments of Comparative Literature and French and Italian at Stanford University. As a public intellectual and highly prolific writer, he contributes to fields as diverse as the histories of national literatures in Romance languages, Western philosophical traditions, and forms of aesthetic experience in twenty first-century everyday culture. He has published more than two thousand texts, translated into more than twenty languages. His latest books are Atmosphere, Mood, Stimmung: On a Hidden Potential of Literature (2012), Explosionen der Aufklärung: Diderot, Goya, Lichtenberg, Mozart (2013), After 1945: Latency as Origin of the Present (2013), and Brüchige Gegenwart: Reflexionen und Reaktionen (2019).

Contributions: Viola Marchi
Viola Marchi is a postdoctoral researcher at the University of Bern. She studied English and Italian literatures at the University of Pisa and the University of Bern, receiving her PhD in English from the latter in 2019, with a dissertation titled “Fuori Luogo: Community and the Impropriety of the Common.” In 2016, with support of the Swiss National Science Foundation, she was a visiting fellow at the Scuola Normale Superiore in Pisa. She has published the articles “Ethics, Interrupted: Community and Impersonality in Levinas” (2015) and “The Alienation of the Common: A Look into the ‘Authentic’ Origin of Community” (2019). She is currently working on her first monograph.

Contributions: Slavoj Žižek
Slavoj Žižek is Professor of Philosophy at the European Graduate School, senior researcher at the Institute for Sociology and Philosophy at the University of Ljubljana, Global Distinguished Professor of German at New York University, International Director of the Birkbeck Institute for the Humanities, and founder and president of the Society for Theoretical Psychoanalysis, Ljubljana. Since The Sublime Object of Ideology in 1989, his first book in English, Žižek has published over forty books, spanning from political theory to cultural studies and bringing together the influences of Hegelian idealism, Lacanian psychoanalysis, and Marxist thought. Among his most recent publications are The Relevance of the Communist Manifesto (2018), Like a Thief in Broad Daylight: Power in the Era of Posthumanity (2018), and Sex and the Failed Absolute (2019). 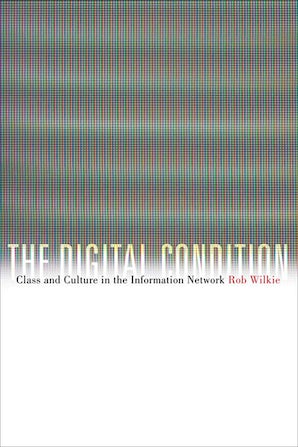