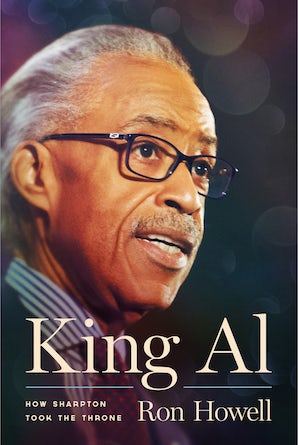 Through the 1980s, the mainstream press portrayed the Reverend Al Sharpton as a buffoon, a fake minister, a hustler, an opportunist, a demagogue, a race traitor, and an anti-Semite. Today, Sharpton occupies a throne that would have shocked the white newspaper reporters who covered him forty years ago. A mesmerizing story of astounding transformation, craftiness, and survival, King Al follows Reverend Sharpton’s life trajectory, from his early life as a boy preacher to his present moment as the most popular Black American activist/minister/cable news host.

In the 1980s, Rev. Al created controversies that would have doomed a lesser man to the dustbin of history. Among these controversies were his work with the FBI as the agency attempted to locate Black Liberation Army leader Assata Shakur; and his involvement in the 1987 Tawana Brawley episode. Regarding the Brawley matter, a white prosecutor sued Sharpton, successfully, for falsely accusing him of having raped the then-fifteen-year-old Brawley.

It was the white press, in its glory days, that created the podium from which Sharpton became both famous and infamous. Those reporters would joke that the most dangerous place in New York was between Al Sharpton and a television camera. But it was those reporters who made Sharpton the media figure he is today.

Today, as host of MSNBC’s PoliticsNation news program, Sharpton has more news viewers than those reporters ever had readers.

The Reverend Al’s rise to respectability is a testament to an endurance and boldness steeped in Black American history. Born in Brooklyn to parents from the old slave-holding South, he transformed himself into one of the most respected and politically influential Blacks in the United States.

In his in-depth coverage, author Ron Howell tells the stories of Sharpton’s ascendance to the throne. He tells us about the glory years of American newspapers, when Sharpton began his rise. And he tells us about the politicians who intersected with Sharpton as he climbed the ladder.

King Al is an engaging read about the late-twentieth-century history of New York City politics and race relations, as well as about the remarkable staying power of the colorful, politically skillful, and enigmatic Sharpton.

Authors & Distributors
Ron Howell is an Associate Professor at Brooklyn College, a journalist, and the author of Boss of Black Brooklyn: The Life and Times of Bertram L. Baker and One Hundred Jobs: A Panorama of Work in the American City. He has written thousands of articles over many decades for numerous journals, books, magazines, and newspapers.
Reviews

In this colorful and at times humorous chronicle of the life and exploits of black activist Al Sharpton, veteran journalist Ron Howell reveals how the Reverend Al used a combination of pluck, brains, ambition and resilience to overcome the journalists who portrayed him as a buffoon and a hustler and emerge as a power broker and a journalist.---Sheryl McCarthy, host of "One to One," and former New York Newsday columnist,

Ron Howell has written a much-needed work on the Reverend Al Sharpton. This book provides readers a fair and balanced examination of the most visible and talked about civil rights leader of the past 20 years. We learn from Howell about Sharpton’s rise to prominence as a civil rights and media figure; his relationships with black and white journalists; and his skillful use of the media and Sharpton’s politically influential National Action Network. It is a must-read for anyone interested in the role of journalism in the city, New York politics, and the Rev. Al Sharpton.---Clarence Taylor, professor emeritus of History, Baruch College and the Graduate Center, CUNY, and author of Fight the Power: African Americans and the Long history of Police Brutality in New York City.,

4 Black Women and the Embedded Racism of the Realm | 56

By (author) Ron Howell
Ron Howell is an Associate Professor at Brooklyn College, a journalist, and the author of Boss of Black Brooklyn: The Life and Times of Bertram L. Baker and One Hundred Jobs: A Panorama of Work in the American City. He has written thousands of articles over many decades for numerous journals, books, magazines, and newspapers.