Being of Two Minds examines the place that early modern literature held in Modernist literary criticism. For T. S. Eliot, Virginia Woolf, and William Empson, the early modern period helps model a literary future. At stake in their engagements across time were ontological questions about literature and its ability to mediate between the one and the many, the particular and the general, life and death, the past and the present. If reading and writing literature enables the mind to be in two places at once, creative experience serves as a way to participate in an expanded field of consciousness alongside mortality.

Goldberg reads the readings that these modernists performed on texts that Eliot claimed for the canon like the metaphysical poets and Jacobean dramatists, but also Shakespeare, Milton, Montaigne, and Margaret Cavendish. Ontological concerns are reflected in Eliot’s engagement with Aristotle’s theory of the soul and Empson’s Buddhism. These arguments about being affect minds and bodies and call into question sexual normativity: Eliot glances at a sodomitical male-male mode of literary transmission; Woolf produces a Judith Shakespeare to model androgynous being; Empson refuses to distinguish activity from passivity to rewrite gender difference.

The work of one of our leading literary and cultural critics, Being of Two Minds spans centuries to show how the most compelling and surprising ideas about mind, experience, and existence not only move between early modernity, high modernism, and our own moment, but are also constituted through that very movement between times and minds.

A major critical voice in our time, Jonathan Goldberg tracks proliferating antinomies in the texts of early modern lyric poets from Shakespeare to Donne and, triumphantly, Herbert. He does so through readings of visionary twentieth-century critics, notably Empson, on how poetry opens life to ontic states beyond the scope of life itself.---Gordon Teskey, Harvard University,

In this succinct and lyrical study, Jonathan Goldberg examines how three critics—T.S. Eliot, Virginia Woolf, and William Empson—found inspiration in early modern literature for the central ideas we now associate with modernism. Goldberg’s ingenious close reading of these writers’ influential essays brings out fresh and unexpected implications with regard to gender, sexuality, subjectivity, and poetics. In the spirit of Ezra Pound’s famous rallying-cry ‘make it new,’ Goldberg renews and revitalizes the early modern canon along with the masterworks of modernist criticism.---Maud Ellmann, University of Chicago,

By (author) Jonathan Goldberg
Jonathan Goldberg is Arts and Sciences Distinguished Professor Emeritus at Emory University. His many books include Come As You Are, After Eve Kosofsky Sedgwick; Saint Marks: Words, Images, and What Persists; Melodrama: An Aesthetics of Impossibility; and Sodometries: Renaissance Texts, Modern Sexualities. His writing centers on early modernity but ranges from Sappho and Willa Cather to Patricia Highsmith and Todd Haynes in exploring questions of materiality and sexuality. 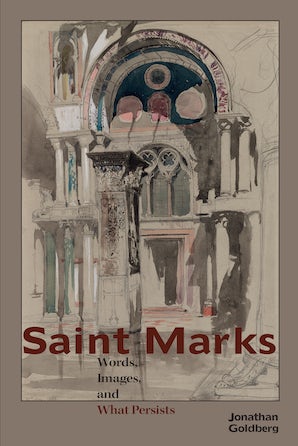 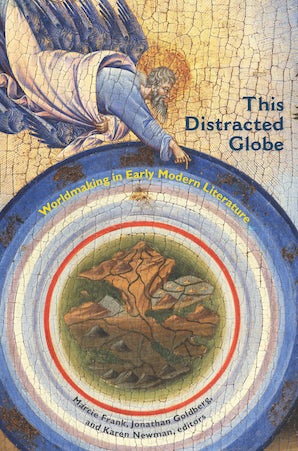 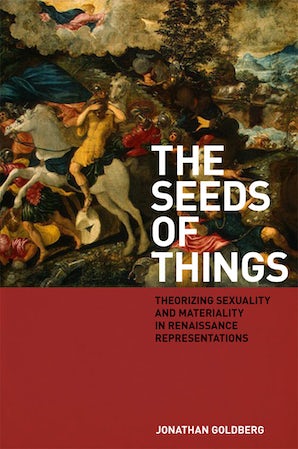 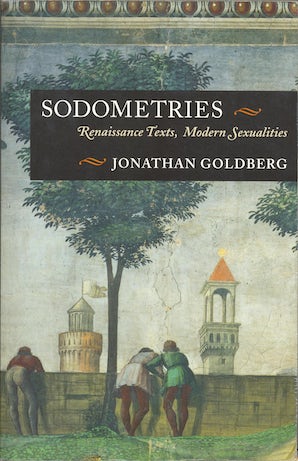