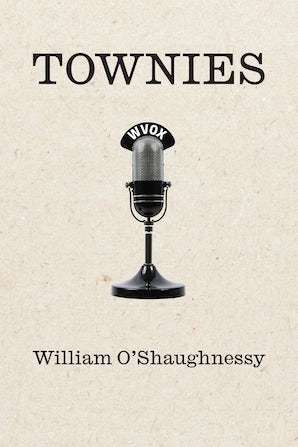 In his six previous books, William O’Shaughnessy, one of the nation’s best known and most beloved community broadcasters, has told the tales of the power brokers and visionaries of politics, government, business and industry, the arts, fine living—world famous figures like Joe DiMaggio, Fred Astaire, Nelson Rockefeller, the Bushes, Kennedys, and so many others.

He elevated each encounter with his wisdom, wit, insight … and compassion, and what emerged through words that carried the weight of authority as they danced with the delight of Nijinsky was nothing less than transformative for both subject and reader. In O’Shaughnessy, we have our modern day Plutarch, whose prose has run across the decades like a power strip illuminating the lives of the nation’s most incandescent leaders from every arena.

A “vivid man about town” known for his blazers, Belgian loafers, and the Yankees World Series ring given to him in appreciation by George M. Steinbrenner, O’Shaughnessy shared the gift of vividness not only with the great and powerful but also with the local characters who made their mark “about town,” the “Townies” of Westchester, a/k/a the “Golden Apple,” and beyond.

Folks who may have been touched by fame, they were devoutly invested in the fortunes of their home heath, and O’Shaughnessy amplified their passions, priorities, quests, hurdles, and triumphs as a friend and champion who wielded the most respected and influential “megaphone” in the Eastern Establishment … and far beyond. He shared the counsel and companionship of political influencers, and leading lights from the media, the arts, the sporting world, and the constellation of fine living … who all were blessed with the heart and soul of a Townie.

The Townies derives its power to inform and captivate from the radiance of these good people, their good will, and their good deeds, which shine brighter than the lights of Broadway on a Saturday night. Enjoy!

Our profession is privileged to have a man of Bill O'Shaughnessy’s stature. He is one of the giants. At a time when the trivial and non-sensical seem to make headlines and profits, his always wise words on the air and in print give the rest of us hope the pendulum will swing back in the right direction.---Deborah Norville, “Inside Edition”

These interviews, tributes, essays and thoughts off the top of Bill’s handsome head are the stuff of New York history, direct from his radio bully pulpit. This is one for any library!---Liz Smith, nationally-syndicated columnist

A brilliant essayist, WO is a master of the epigram and the memorable phrase.---A.J. Parkinson

By (author) William O'Shaughnessy
William O’Shaughnessy is president and editorial director of Whitney Global Media, parent company of Westchester community stations WVOX and WVIP. In addition to The Townies, he is the author of Radio Active (2019), AirWAVES (1999), It All Comes Back to Me Now (2001), More Riffs, Rants and Raves, VOX POPULI: The O’Shaughnessy Files (2011), and Mario Cuomo: Remembrances of a Remarkable Man (2017).