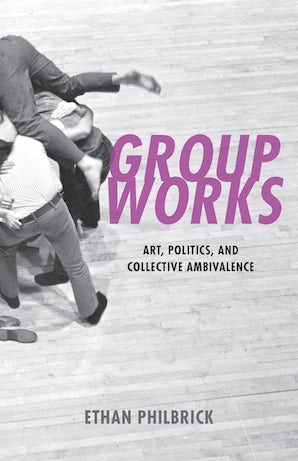 An exciting new reflection on the role of artistic collaboration, collectivism, and the politics of group formation in the neoliberal era.

The artist and author Ethan Philbrick’s Group Works re-imagines the group by undertaking an historiographic archaeology of group aesthetics and politics.

Written against both phobic and romantic accounts of collectivity, Group Works contends that the group emerges as a medium for artists when established forms of collective life break down. Philbrick pairs group pieces in dance, literature, film, and music from the 1960s and 1970s downtown Manhattan scene alongside a series of recent group experiments: Simone Forti’s dance construction, Huddle (1961), is put into relation with contemporary re-performances of Forti’s score and huddling as a feminist political tactic; Samuel Delany’s memoir of communal living, Heavenly Breakfast: An Essay on the Winter of Love (1969/78), speaks to performance artist Morgan Bassichis’s 2017 communal musical adaptation of Larry Mitchell’s 1977 text, The Faggots and Their Friends Between Revolutions; Lizzie Borden’s experimental documentary of feminist collectivity, Regrouping (1976), sits alongside visual artist Sharon Hayes’s 2014 piece on Manhattan’s Pier 54, Women of the World Unite! they said; and Julius Eastman’s insurgent piece of chamber music for four pianos, Gay Guerrilla (1979), resonates alongside contemporary projects that take up Eastman’s legacy by artists such as Tiona Nekkia McClodden.

By analyzing works that articulate the politics of race, gender, and sexuality as questions of group formation, Philbrick approaches the group not as a stable, idealizable entity but as an ambivalent way to negotiate and contest shifting terms of associational life. Group Works presents an engaging exploration of what happens when small groups become a material and medium for artistic and political experimentation.

Ethan Philbrick has written an erudite and compassionate book about how and why we fall into and out of groups. Taking some classic group forms from the late twentieth-century—performances ranging from dance, music, psychoanalysis, literature, and collective living—he sifts them carefully for their uses in surviving our own violently disjointed moment.---Tavia Nyong'o, author of Afro-Fabulations: The Queer Drama of Black Life

With Group Works, Ethan Philbrick has created a rare text with which to think and act. Although there have been studies of the crowd, the mass, and the collective, as well as critical accounts of community and participation in the art world, Philbrick presents a novel theory of small groups and their political potential. Much like how Simone Forti’s dance construction Huddle disperses to allow the formation of new huddles, Philbrick invites readers into the work and then releases them into the world, freshly prepared to live differently together.

---Danielle Goldman, Associate Professor of Critical Dance Studies at The New School and author of I Want to Be Ready: Improvised Dance as a Practice of Freedom

By (author) Ethan Philbrick
Ethan Philbrick is an interdisciplinary artist, cellist, and writer. He has taught at Pratt Institute, Muhlenberg College, and New York University. Recent performance projects include Choral Marx, 10 Meditations in an Emergency, The Gay Divorcees, Mutual Aid Among Animals, and Slow Dances. 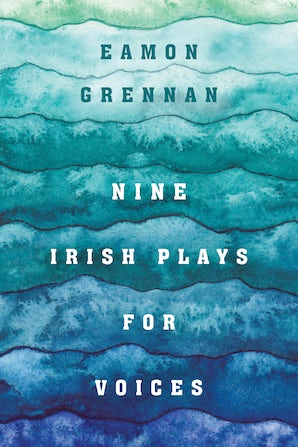