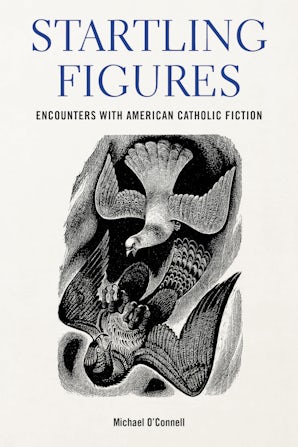 Studies in the Catholic Imagination: The Flannery O'Connor Trust Series

Startling Figures is about Catholic fiction in a secular age, and the rhetorical strategies Catholic writers employ to reach a skeptical, indifferent, or even hostile audience. Although characters in contemporary Catholic fiction frequently struggle with doubt and fear, these works retain a belief in the possibility for transcendent meaning and value beyond the limits of the purely secular. Individual chapters include close readings of some of the best works of contemporary American Catholic fiction, which shed light on the narrative techniques that Catholic writers use to point their characters, and their readers, beyond the horizon of secularity and towards an idea of transcendence, while also making connections between the widely acknowledged twentieth-century masters of the form and their twenty- first-century counterparts.

This book is focused both on the aspects of craft that Catholic writers employ to shape the reader’s experience of the story, and also the effect the story has on the reader. One recurring theme that is central to both is how often Catholic writers use narrative violence and other, similar, disorienting techniques, in order to unsettle the reader. These moments can leave both characters within the stories and the readers themselves shaken and unmoored, and this, O'Connell argues, is often a first step towards the recognition, and even possibly the acceptance, of grace. Individual chapters look at these themes in the works of Flannery O’Connor, J. F. Powers, Walker Percy, Tim Gautreaux, Alice McDermott, George Saunders, and Phil Klay and Kirstin Valdez Quade.

By (author) Michael O'Connell
Michael O’Connell is Associate Professor of Humanities at Siena Heights University in Adrian, Michigan. His scholarship focuses primarily on the intersections of religion and contemporary literature. He is the editor of Conversations with George Saunders (2022).