For the first time, the homilies delivered by Pope Francis during his years as Archbishop Jorge Mario Bergoglio, S.J., of Argentina will be published as a collection in English. Fordham University Press (FUP) will publish an English translation of In Your Eyes Is My Word: Homilies and Speeches of Buenos Aires 1999–2013, by His Holiness Pope Francis, edited by Antonio Spadaro and with a new Foreword by Joseph M. McShane, S.J., president of Fordham University. Originally written in Spanish and translated into Italian, this book is an extraordinary opportunity to understand, through unique texts, the nature and vision of a great pastor who has conquered the Vatican from the outskirts of the world. Publication of for the first volume is tentatively scheduled for fall 2019.

“This book of Archbishop Bergoglio’s writings is indispensable if you want to know Pope Francis, and the direction in which he believes the Church must grow,” said Father McShane. “The future pope’s vision is rigorous, nuanced, and, above all, generous in spirit. I am deeply honored to have a small part in sharing the words of His Holiness.”

Rizzoli recently published an Italian version as a 1,056-page, one-volume tome, but FUP will publish the work chronologically as a trilogy. FUP will retain exclusive world rights in English until November 2023, both in print and electronic format. Fordham University Press has hired Marina Herrera, Ph.D., as the translator. In addition to having a strong familiarity with the Spanish language, she has an extensive background in and a long record of accomplishment with liturgical and theological writings.

The translation could not have been possible without the generous donations from Charles F. and Helen A. Dolan and Dr. and Mrs. William Baker.

Pope Francis—Jorge Mario Bergoglio—entered the Society of Jesus at age twenty-one and was ordained in 1969 with a degree in philosophy. He became auxiliary bishop of Buenos Aires in 1992, archbishop in 1998, and cardinal in 2001.  He was elected as the first Jesuit Pope on March 13, 2013, and was widely praised in popular culture, from his tweets to his stance on poverty.  His books published by Rizzoli include La mia porta è sempre aperta (2013); Una conversazione con Antonio Spadaro (2013), La verità è un incontro; Omelie da Santa Marta (2014), La felicità si impara ogni giorno; Omelie da Santa Marta (2015); La misericordia è una carezza (2015) L’amore prima del mondo. Antonio Spadaro is a Jesuit, the editor of the magazine La Civilta Cattolica, and the author of many books about Pope Francis published by Rizzoli.

By introducing a different way of living the pontificate, Pope Francis has intensely renewed people’s relationship with faith, largely through his gift of oratory. His years as archbishop in Argentina began a revolution, and this book collects his homilies and speeches from this time, ending with his prophetic last homily before entering the papacy. His words testify to the deep experience of faith among God’s people while also showcasing his own extraordinary ability to connect with communities of faith. Pope Francis’s speeches to Argentinians express his spirit and dedication, as he urges people to go out “in the suburbs” where “there is bloodshed, blindness eager to see” to heal the wounds and “bring home those who wander dispersed.”

Fordham University Press, a member of the Association of University Presses (AUP) since 1938, was established in 1907. The Press not only represents and upholds the values and traditions of the University itself but also furthers those values and traditions through the dissemination of scholarly research and ideas. The Press publishes boundary-breaking print and digital books across disciplines in the humanities and social sciences that bring recognition to itself, the University, and authors while balancing the need to publish in new formats and work collaboratively on and off campus.  Its regional imprint, Empire State Editions, and location in New York City’s Lincoln Center neighborhood reinforce the university’s motto, “New York Is My Campus, Fordham Is My School.”

Founded in 1841, Fordham is the Jesuit University of New York, offering exceptional education distinguished by the Jesuit tradition across nine schools. Fordham awards baccalaureate, graduate, and professional degrees to approximately 15,000 students from Fordham College at Rose Hill; Fordham College at Lincoln Center; the Gabelli School of Business (undergraduate and graduate); the School of Professional and Continuing Studies; the Graduate Schools of Arts and Sciences, Education, Religion, and Religious Education; Social Service; and the School of Law. The University has residential campuses in the Bronx and Manhattan, a campus in West Harrison, N.Y., the Louis Calder Center Biological Field Station in Armonk, N.Y., and the London Centre in the United Kingdom. 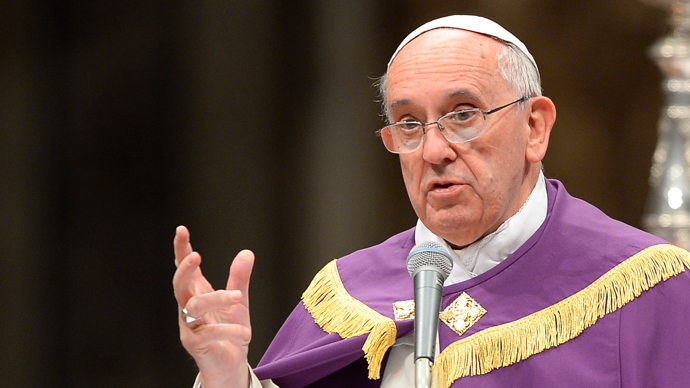 Pope Francis, the First Jesuit Pontificate
While pope Francis now advocates for the poor on the global stage, his eloquent homilies and speeches have inspired the faithful for decades, tracing back to his time as a bishop in his home country of Argentina. (Photo courtesy of AFP.)