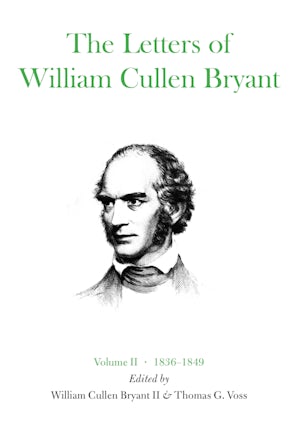 The second volume of William Cullen Bryant's letters opens in 1836 as he has just returned to New York from an extended visit to Europe to resume charge of the New York Evening Post, brought near to failure during his absence by his partner William Leggett's mismanagement. At the period's close, Bryant has found in John Bigelow an able editorial associate and astute partner, with whose help he has brought the paper close to its greatest financial prosperity and to national political and cultural influence.

Bryant's letters show the versatility of his concern with the crucial political, social, artistic, and literary movements of his time, and the varied friendships he enjoyed despite his preoccupation with a controversial daily paper, and with the sustenance of a poetic reputation yet unequaled among Americans. As president of the New York Homeopathic Society, in letters and editorials urging widespread public parks, and in his presidency of the New York Society for the Abolition of the Punishment of Death, he gave attention to public health, recreation, and order. He urged the rights of labor, foreign and religious minorities, and free African Americans; his most powerful political effort of the period was in opposition to the spread of slavery through the conquest of Mexico. An early commitment to free trade in material goods was maintained in letters and editorials, and to that in ideas by his presidency of the American Copyright Club and his support of the efforts of Charles Dickens and Harriet Martineau to secure from the United States Congress and international copyright agreement.

Bryant's first visit to Great Britain came at the height of his poetic and journalistic fame in 1845, bringing him into cordial intimacy with members of Parliament, scientists, journalists, artists, and writers. In detailed letters to his wife, published here for the first time, he describes the pleasures he took in breakfasting with the literary patron Samuel Rogers and the American minister Edward Everett, boating on the Thames with artists and with diarist Henry Crabb Robinson, spending an evening in the home of Leigh Hunt, and calling on the Wordsworths at Rydal Mount as well as in the distinctions paid him at a rally of the Anti-Corn-Law League in Covent Garden Theatre, and at the annual meeting in Cambridge of the British Association for the Advancement of Science.

Equally fresh are most of the letters to prominent Americans, many of them his close friends, such as the two Danas, Bancroft, Cole, Cooper, Dewey, Dix, Downing, Durand, Forrest, Greenough, Irving, Longfellow, Simms, Tilden, Van Buren, and Weir. His letters to the Evening Post recounting his observations and experiences during travels abroad and in the South, West, and Northeast of the United States, which were copied widely in other newspapers and praised highly by many of their subscribers, are here made available to the present-day reader.

. . . Follows the same outstanding editorial format . . . The literary and historical value of these letters is considerable; together with the personal and business letters, they give us further evidence of Bryant's varied personality, his many interests, and his invincible integrity. - Resources for American Literary Study

. . . A splendid edition . . . superbly edited. . . Such fundamental, primary scholarship, done as in this case meticulously and thoroughly, is essential to the fullest consideration of any author's achievement. - American Literary Scholarship

. . . The editors have maintained the high standard set in the first . . . Indeed, some of the notes . . . are really short essays on the subjects . . . there is much in this well-prepared volume to interest the student of literature. - American Literature 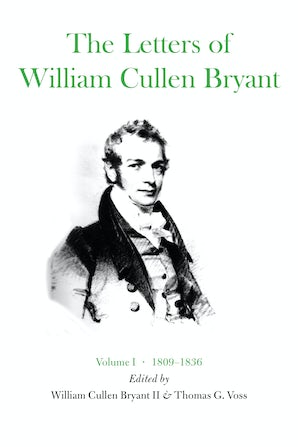 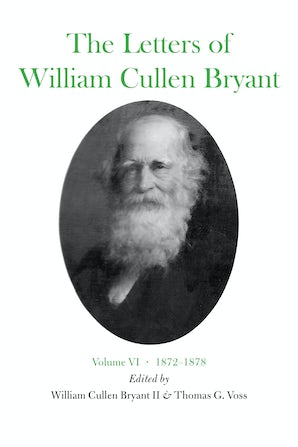 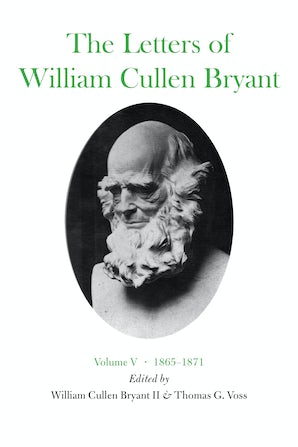