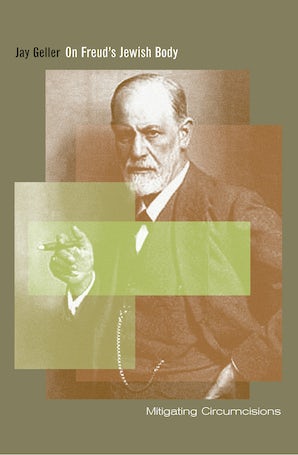 Through a symptomatic reading of Freud’s corpus, from his letters to Fliess through the case of Little Hans to Moses and Montheism, this book demonstrates how “circumcision”—the fetishized signifier of Jewish difference and source of knowledge about Jewish identity—is central to Freud’s construction of psychoanalysis.

Jay Geller depicts Freud as an ordinary Viennese Jew making extraordinary attempts to mitigate the trauma of everyday antisemitism. He situates Freud at the nexus of antisemitic, misogynistic, colonialist, and homophobic discourses, both scientific and popular. These held in place the double bind of post-Emancipation and pre-Shoah Viennese Jewish life: the demand for complete assimilation into the dominant culture, accompanied by the assumption that Jews were constitutionally incapable of eliminating their difference. Incarnate in the figure of the circumcised (male) Jew, this difference haunted the Central European cultural imagination
and helped create, maintain, and confirm Central European identities and hierarchies.

Exploring overlapping layers of gender, sexuality, ethnicity, and race in identity construction, theories of trauma, fetishism, and writing, Geller looks at Freud’s representations of the Jewish body—especially circumcised penises and their displacements onto noses. He shows how Freud reinscribed the virile masculine norm and the at once hypervirile and effeminate Jewish other into the discourse of psychoanalysis.

Authors & Distributors
Jay Geller is Professor of Modern Jewish Culture at Vanderbilt Divinity School and the Vanderbilt University Jewish Studies Program, and has also taught at the University of Vienna, Bryn Mawr College, Princeton University, Rutgers University, Swarthmore College, and Wesleyan University. He is the author of On Freud’s Jewish Body: Mitigating Circumcisions (2007), The Other Jewish Question: Identifying the Jew and Making Sense of Modernity (2011), and Bestiarium Judaicum: Unnatural Histories of the Jews (2018), all from Fordham University Press; and the co-editor of Reading Freud’s Reading (New York University Press, 1994).
Reviews

Geller has written a compelling study of the meaning of Jewishness and the Jewish body in the context of the Freudian psychoanalytic tradition. - —Choice

A long-awaited and vital contribution to Jewish Cultural Studies, the history of psychoanalysis, and critical studies of religion. - —Ann Pellegrini, New York University

Jay Geller's study of Freud's Jewish body provides a range of extraordinary insights into being Jewish in Freud's Vienna - it is a solid and innovative introduction to the situation of being Jewish or being imagined to be Jewish in Freud's intellectual and psychological world. - —Sander L. Gilman, Emory University

[The Other Jewish Question] portrays how Jewish-identified individuals moved beyond introjection and disavowal to appropriate and transform this epidemic of signification to make sense of their worlds and our modernity, - —The Wesleyan Connection

Meticulously researched and elegantly written, Freud's Jewish Body uncovers the corporealization of identity in, beneath, and through Freud's texts. Focusing on circumcision, castration, and the nose, Geller exposes both body and culture in a brilliant analysis of the psychoanalytic corpus. This is an insightful, original, and important new reading of Jewishness, gender, sexuality, and psychoanalysis in fln de siecle Vienna. - —Diane Jonte-Pace, Santa Clara University

"The fruit of a quarter century’s worth of careful research and (self-)reflection, it [i.e., On Freud's Jewish Body] offers a wealth of unusually perceptive and ingenious close readings of Freud texts and easily the most sophisticated discussion of Freud’s 'Jewish identity' to date. By showing 'how Jewish identity is thoroughly interwoven with sexual, gender, corporeal, ethnic, and racial identities,' Geller not only helps 'bring our understanding of Freud the Jew more in line with other contemporary understandings of identity construction' (42) but also makes an extremely important contribution to our general understanding of Jewish identity formation and the complex dynamics at play between the Non-Jewish Question and various other “Jewish Questions.” - —The Journal of Modern History

In a series of quite stunning essays Geller pursues an important train of thought regarding the question of how Freud's analysis was materially generated out of the context of European anti-semitism. - —Daniel Boyarin, University of California, Berkeley

By (author) Jay Geller
Jay Geller is Associate Professor of Modern Jewish Culture at Vanderbilt Divinity School and the Vanderbilt University Jewish Studies Program. He is the author of On Freud’s Jewish Body: Mitigating Circumcisions and The Other Jewish Question: Identifying the Jew and Making Sense of Modernity, both published by Fordham. 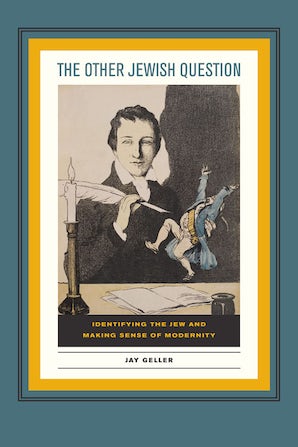 The Other Jewish Question

Identifying the Jew and Making Sense of Modernity