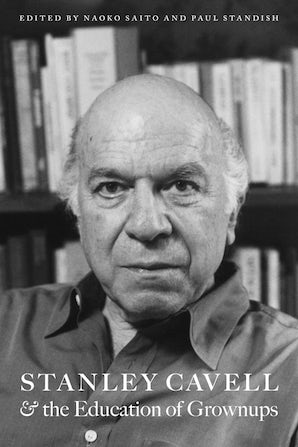 Stanley Cavell and the Education of Grownups

What could it mean to speak of philosophy as “the education of grownups”? This book takes Stanley Cavell’s much-quoted, yet enigmatic phrase as the provocation for a series of explorations into themes of education that run throughout his work – through his response to Wittgenstein, Austin and ordinary language philosophy, through his readings of Thoreau and of the moral perfectionism he identifies with Emerson, through his discussions of literature and film. Hilary Putnam has described Cavell not only as one of the most creative thinkers of today but as amongst the few contemporary philosophers to explore the territory of philosophy as education. Yet in mainstream philosophy his work is apt to be referred to rather than engaged with, and the full import of his writings for education is still to be appreciated. Cavell engages in a sustained exploration of the nature of philosophy, and this is not separable from his preoccupation with what it is to teach and to learn, with the kinds of transformation these might imply, and with the significance of these things for our language and politics, for our lives as a whole.

In recent years Cavell’s work has been the subject of a number of books of essays, but this is the first to address directly the importance of education in his work. Such matters cannot fail to be of significance not only for the disciplinary fields of philosophy and education, but in politics, literature, and film studies – and in the humanities as a whole. A substantial introduction provides an overview of the philosophical purchase of questions of education in his work, while the essays are framed by two new pieces by Cavell himself. The book shows what it means to read Cavell, and simultaneously what it means to read philosophically, in itself a part of our education as grownups.

Naoko Saito is Associate Professor at the Graduate School of Education, University of Kyoto. She is the author of The Gleam of Light: Moral Perfectionism and Education in Dewey and Emerson.

Paul Standish is Professor of Philosophy of Education at the Institute of Education, University of London. He is the author of Beyond the Self: Wittgenstein, Heidegger and the Limits of Language.

Questions about education -- about what it means to learn, as well as to teach -- lie at the very heart of Cavell's revolutionary conception of philosophy, yet until the publication of this superb collection of essays, no book on Cavell has focused squarely on the importance of the theme of education in his work. Anyone interested in Cavell, and not only those who work in the philosophy of education, will want to read, and will have much to learn from, this thought-provoking and illuminating collection.---—Bernie Rhie, Williams College

Edited: Paul Standish
Paul Standish is Professor of Philosophy of Education at the Institute of Education, University of London. He is the author of Beyond the Self: Wittgenstein, Heidegger and the Limits of Language.