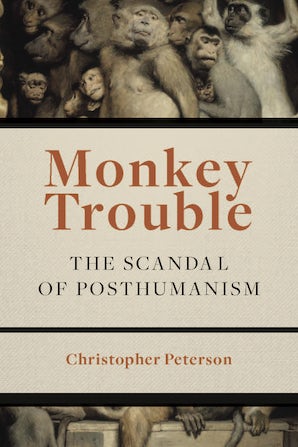 According to scholars of the nonhuman turn, the scandal of theory lies in its failure to decenter the human. The real scandal, however, is that we keep trying.

The human has become a conspicuous blind spot for many theorists seeking to extend hospitality to animals, plants, and even insentient things. The displacement of the human is essential and urgent, yet given the humanist presumption that animals lack a number of allegedly unique human capacities, such as language, reason, and awareness of mortality, we ought to remain cautious about laying claim to any power to eradicate anthropocentrism altogether. Such a power risks becoming yet another self-accredited capacity thanks to which the human reaffirms its sovereignty through its supposed erasure.

Monkey Trouble argues that the turn toward immanence in contemporary posthumanism promotes a cosmocracy that absolves one from engaging in those discriminatory decisions that condition hospitality as such. Engaging with recent theoretical developments in speculative realism and object-oriented ontology, as well as ape and parrot language studies, the book offers close readings of literary works by J.M. Coetzee, Charles Chesnutt, and Walt Whitman and films by Alfonso Cuarón and Lars von Trier.

Anthropocentrism, Peterson argues, cannot be displaced through a logic of reversal that elevates immanence above transcendence, horizontality over verticality. This decentering must cultivate instead a human/nonhuman relationality that affirms the immanent transcendency spawned by our phantasmatic humanness.

Authors & Distributors
Christopher Peterson is Associate Professor in the School of Humanities and Communication Arts at Western Sydney University. He is the author of Bestial Traces: Race, Sexuality, Animality, and Kindred Specters: Death, Mourning, and American Affinity.
Table of Contents

Introduction
(1) The Scandal of the Human: Immanent Transcendency and the Question of Animal Language
(2) Sovereign Silence: The Desire for Answering Speech
(3) The Gravity of Melancholia: A Critique of Speculative Realism
(4) Listing Toward Cosmocracy: The Limits of Hospitality
Notes
Bibliography
Index

By (author) Christopher Peterson
Christopher Peterson is Associate Professor in the School of Humanities and Communication Arts at Western Sydney University. He is the author of Bestial Traces: Race, Sexuality, Animality, and Kindred Specters: Death, Mourning, and American Affinity. 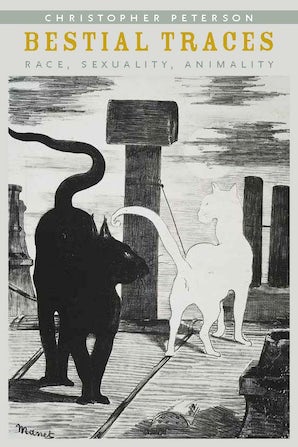