Roman Catholicism in the United States: A Thematic History takes the reader beyond the traditional ways scholars have viewed and recounted the story of the Catholic Church in America. The collection covers unfamiliar topics such as anti-Catholicism, rural Catholicism, Latino Catholics, and issues related to the establishment of diplomatic relations between the Vatican and the U.S. government. The book continues with fascinating discussions on popular culture (film and literature), women religious, and the work of U.S. missionaries in other countries. The final section of the books is devoted to Catholic social teaching, tackling challenging and sometimes controversial subjects such as the relationship between African American Catholics and the Communist Party, Catholics in the civil rights movement, the abortion debate, issues of war and peace, and Vatican II and the American Catholic Church.

Roman Catholicism in the United States examines the history of U.S. Catholicism from a variety of perspectives that transcend the familiar account of the immigrant, urban parish, which served as the focus for so many American Catholics during the nineteenth and first half of the twentieth centuries.

I’ve seen the future of American Catholic studies, and it is in this superb collection of consistently engaging, provocative, and well-written essays. This is now required reading for scholars and students of the Catholic experience in the United States.---Mark Massa, S.J., Director, The Boisi Center for Religion and American Public Life, Boston College,

This book is a cornucopia of outstanding critical essays from an all-star team of scholars. Collectively, the anthology offers a comprehensive treatment of Catholic history in the US, refracted through creative historical lenses that expand our notions of what it means to be “Catholic,” but also how the story of US Catholicism should be told. Each essay is a bonafide stand-alone, but collectively they weave a complex and compelling narrative of the varieties of experience within Catholicism in this land. This volume pushes back against the prevailing monochromatic linear-upward-mobility narrative of American Catholics (from the Irish Potato Famine to JFK), but in a constructive way that draws the reader into the granular level of on-the-ground Catholic life. The chapters telescope deftly between the macro-level national and geopolitical to the hyperlocal grassroots, painting a dynamic picture of how Roman Catholic social traditions seeded and grew throughout the United States. Roman Catholicism in the United States: A Thematic History has the rare virtue of being invaluable to both seasoned scholars and new arrivals to the discipline. It’s a great read.---Jack Lee Downey, The Bread of the Strong: Lacouturisme and the Folly of the Cross, 1910-1985

Featuring a variety of contributors, from professors to priests, the volume comprises essays on Latino Catholics in the Southwest, Catholics in American popular film, American Catholic social thought, and Catholic reactions to communism— to name just a few of the volume's topics... all of the essays are informative and written in a style suitable to both novices and scholars of American Catholic history. - Choice

The collection is suitable for advanced courses in historiography, American Catholic studies, or US Catholic history. It should be added to library collections as an important reference in Catholic history and cultural studies. - Horizons: The Journal of the College Theology Society

Part I. Beyond the Parish

4. Strangers in Our Midst: Catholics in Rural America, 86
Jeffrey Marlett

5. “An Embassy to a Golf Course?” Conundrums on the Road to the United States’ Diplomatic Representation
to the Holy See, 1784–1984, 108
Roy Domenico

Contributions: Patrick Allitt
Patrick Allitt is the Cahoon Family Professor of American History at Emory University. He is the author of seven books, including Catholic Converts: British and American Intellectuals Turn to Rome and Catholic Intellectuals and Conservative Politics in America.

Contributions: Jeffrey M. Burns
Jeffrey M. Burns is Director of the Frances G. Harpst Center for Catholic Thought and Culture at the University of San Diego and Director of the Academy of American Franciscan History. He is the author of Disturbing the Peace: A History of the Christian Family Movement, 1949–1974.

Contributions: Una Cadegan
Una Cadegan is Professor of History at the University of Dayton. She is the author of All Good Books Are Catholic Books: Print Culture, Censorship, and Modernity in Twentieth-Century America and co-editor with James L. Heft, S.M., of “In the Lógos of Love”: Promise and Predicament in Catholic Intellectual Life.

Contributions: Robert Carbonneau
Robert Carbonneau, C.P., is a priest and historian for the Passionist Congregation (eastern U.S.) and Affiliated Research Fellow at the Ricci Institute for Chinese-Western Culture, University of San Francisco. Research, study, and publications have concentrated on the Passionist history in twentieth-century Hunan, China, the United States, and throughout the world. From 2014 to 2017 he served as Executive Director of the U.S. Catholic China Bureau, Berkeley, California.

Contributions: Karen Davalos
Karen Mary Davalos is a Professor in the Chicano and Latino Studies Department at the University of Minnesota, Twin Cities, where she launched the major initiative “Mexican American Art since 1848.” Her research and teaching interests include Chicana feminist thought and praxis, spirituality, visual and cultural studies, and the archive.

Contributions: Roy Domenico
Roy Domenico is a Professor of History at the University of Scranton. He has published on Italian Catholic politics in the postwar era as well as on U.S.-Vatican relations. He is currently the Executive Secretary of the Society for Italian Historical Studies.

Edited: James T. Fisher
James T. Fisher was Professor of Theology and American Studies at Fordham University. His most recent books are Communion of Immigrants: A History of Catholics in America and On the Irish Waterfront: The Crusader, the Movie, and the Soul of the Port of New York.

Contributions: Chester Gillis
Chester Gillis is Professor of Theology at Georgetown University. His book Roman Catholicism in America was selected as the book of the month by the Catholic Book Club.

Contributions: Jeffrey Marlett
Jeffrey Marlett teaches religious studies and serves as interim dean of Arts and Humanities at the College of Saint Rose in Albany, New York. He is the author of Saving the Heartland: Catholic Missionaries in Rural America.

Contributions: Timothy Matovina
Timothy Matovina is Professor and Chair of the Theology Department at the University of Notre Dame. His most recent book is Latino Catholicism: Transformation in America’s Largest Church. His book Theologies of Guadalupe: From the Era of Conquest to Pope Francis is forthcoming.

Contributions: James McCartin
James P. McCartin is Associate Professor of the History of Christianity in the Department of Theology at Fordham University. He is the author of Prayers of the Faithful: The Shifting Spiritual Life of American Catholics and is currently at work on a book project on U.S. Catholicism and sex in the nineteenth and twentieth centuries.

Contributions: Cecilia Moore
Cecilia A. Moore is Associate Professor in the Department of Religious Studies at the University of Dayton. She is also an adjunct professor for Xavier University of Louisiana’s Institute for Black Catholic Studies. Her work focuses on African American Catholic history.

Contributions: Christopher S. Shannon
Christopher Shannon is Associate Professor and Chair of the History Department at Christendom College. He is the author of several works, most recently The Past as Pilgrimage: Narrative, Tradition and the Renewal of Catholic History (co-authored with Christopher Blum).

Contributions: Anthony Smith
Anthony Burke Smith is Associate Professor of Religious Studies at the University of Dayton. He is the author of The Look of Catholics: Portrayals in Popular Culture from the Great Depression to the Cold War. 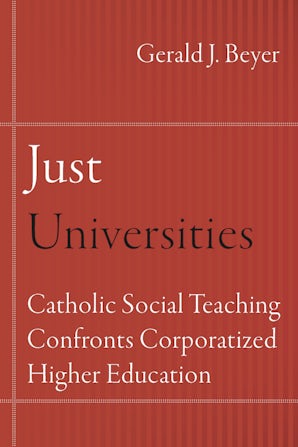