Is the Media Failing to Serve the Public? 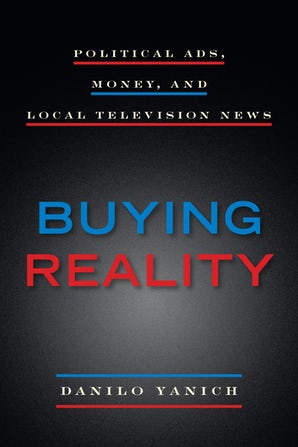 From a certain perspective, the biggest political story of 2016 was how the candidate who bought three-quarters of the political ads lost to the one whose every provocative tweet set the agenda for the day’s news coverage. With the arrival of Bot Farms, microtargeted Facebook ads, and Cambridge Analytica, isn’t the age of political ads on local TV coming to a close?

You might think. But you’d be wrong to the tune of $4.4 billion just in 2016. In US elections, there’s a lot more at stake than the presidency. TV spending has gone up dramatically since 2006, for both presidential and down-ballot races for congressional seats, governorships, and state legislatures and the 2020 campaign shows no signs of bucking this trend. When candidates don’t enjoy the name recognition and celebrity of the Presidential contenders, it’s very much business as usual. They rely on the local TV newscasts, watched by thirty million people every day—not tweets—to convey their messages to an audience more fragmented than ever.

At the same time, the nationalization of news and consolidation of local stations under juggernauts like Nextstar Media and Sinclair Broadcasting means a decreasing share of time devoted to down-ballot politics—almost 90% of 2016’s local political stories focused on the Presidential race. Without coverage of local issues and races, ad buys are the only chance most candidates have to get their messages in front of a broadcast audience.

On local TV news, political ads create the reality of local races—a reality that is not meant to inform voters, but to persuade them. Voters are left to their own devices to fill in the space between what the ads say—the bought reality—and what political stories used to cover.

If you would like to receive a review copy, request additional information, or schedule an interview or an author event with Dr. Yanich, please contact Kate O’Brien-Nicholson at the Fordham University Press: 646-868-4204, [email protected].